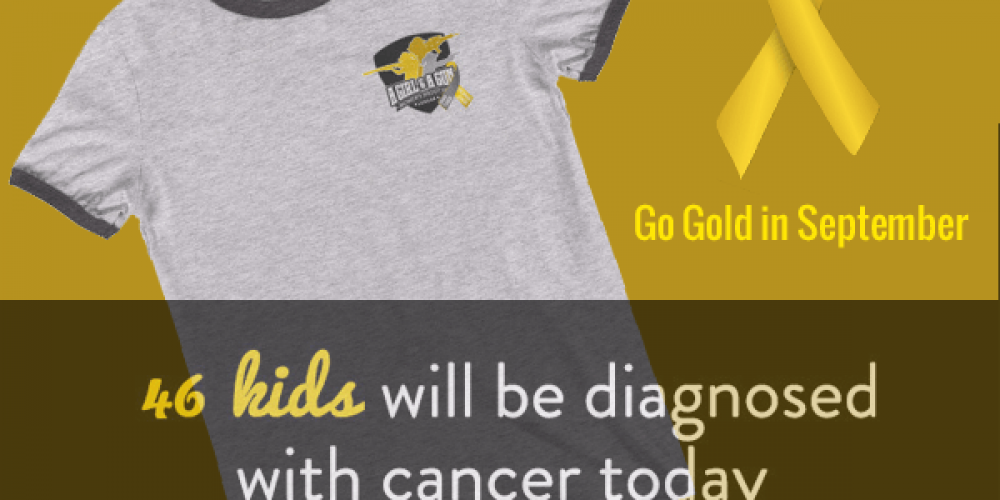 AUSTIN – A Girl & A Gun Women’s Shooting League (AG & AG) raised funds for childhood cancer by selling two t-shirt designs in 2019 that promoted awareness of the disease. The Unstoppable AF shirt and the Childhood Cancer Awareness shirt were sold through the AG & AG website. Five dollars from each shirt sale was earmarked for the Cooper Trooper Foundation.

“So many children suffer because of a delayed diagnosis,” says AG & AG Executive Director Robyn Sandoval. “Through our network of women, we can educate families about the symptoms of pediatric brain cancer so that children can get earlier intervention and have better outcomes.”

Sandoval, whose daughter is battling brain cancer, adds, “AG & AG is making an impact by raising awareness of charities like the Cooper Trooper Foundation that are working to improve the lives of the fighters and fund research for a cure.”

AG & AG believes strongly in giving back. As a national organization it encourages charitable giving and promotes awareness for a number of worthy causes. The organization’s motto is “It’s More Than Shooting.”

A Girl & A Gun (AG & AG) is a membership organization whose events have been successful stepping stones for thousands of women into the shooting community and fostered their love of shooting with caring and qualified instructors to coach them. AG & AG breaks barriers for women and girls in the area of self-defense and in pistol, rifle, and shotgun shooting sports by welcoming beginners to learn the basics of safe and accurate shooting and providing experienced shooters with advanced-level opportunities. The club has more than 5,500 members in 48 states and hosts recurring Girl’s Nights Out at more than 180 ranges throughout the nation. Learn more at AGirlandAGun.org.