Why Are Women Buying Guns? 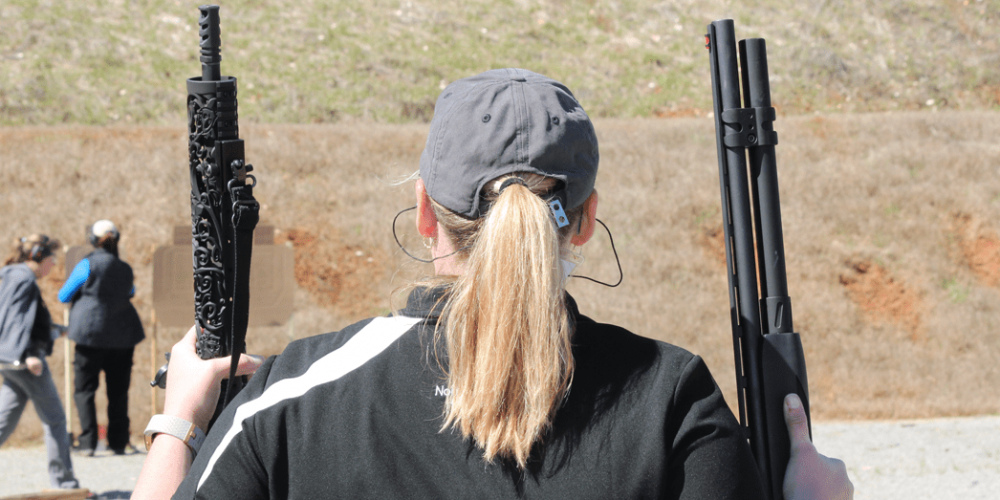 Since the start of the COVID-19 pandemic, gun sales and interest in firearms training have surged. Surveys, studies, and wild guesses have tried to capture the reason why people, particularly women, are purchasing firearms and gun safety training. This article reviews the trends, explores the impetus for the surge, and offers quotes from women who share their stories in their own words.

First, here are the facts: FBI data showed that 2.6 million guns were purchased in March alone (an 85% increase on the same period last year), with Illinois leading with close to 500,000 purchases, followed by Texas, Kentucky, Florida, and California. Ammo.com saw about a 1,000% increase in firearm sales in Colorado, Arizona, and Texas since late February.

Media outlets were among the first to guess the cause of America’s piqued interest in guns. An article in AS stated that it was the “imminent erosion of fire, police and health services [and] fears over looting, violence and burglaries.” Another article article in Salon stated, “the fear is about the economy collapsing, leading to a rise in crime and violence [and] decades of NRA propaganda have convinced people to associate guns with safety.”

To get better insight on the rise in gun sales, the National Shooting Sports Foundation (NSSF) surveyed firearm retailers about trends that they were seeing. The May 2020 survey results estimated that 40% of sales were to first-time gun owners, and that 40% of the first-time gun buyers were women.

The NSSF survey revealed that personal protection was the primary reason gun owners were buying firearms. Semiautomatic pistols were the most commonly acquired firearm by first-time buyers by a 2-to-1 margin over second-place shotguns. Modern sporting rifles, revolvers, and traditional rifles were also purchased by first-time gun buyers.

In July 2020 A Girl & A Gun conducted a survey of more than 6,000 members to specifically focus on women’s reasons and interests. Results showed that 43% of women joined AG & AG to practice self-defense skills, and 92% were in the process of obtaining or already have acquired their concealed or open carry permits. This complemented the NSSF survey data that 25% of first-time buyers had already taken some form of firearms safety course and 63% inquired about taking a firearms safety course in the near future.

In alignment with retailers’ sales, AG & AG also saw an influx of new memberships. In July 2020, memberships were up 150% over the previous year. A survey showed that 40% of respondents had been involved in firearms training for less than one year, and more than half involved for five years or less.

The AG & AG survey results further proved that women are not only purchasing firearms, but they are investing in formal training as well. The survey verified that personal protection is the primary reason why women are seeking firearms training, and went further to enumerate the specific reasons, including civil unrest and the fear of bans after upcoming elections. Many women never considered formal firearms training as an option before learning about opportunities with A Girl & A Gun.

While the NSSF study stated that retailers’ new customers were spending $595 on an average sale, the AG & AG survey confirmed that some women used their stimulus check towards the purchase of a firearm. Other members shared that they did not receive a stimulus check in their households, but felt it was time to make the investment in their first firearm for themselves.

While all of women who participated in the New Shooter Survey were new to firearms training, the data showed that most were completely new to guns themselves. More than half (52%) did not grow up with firearms in the home. Some had firearms in the home but didn’t shoot (33%), and some had not shot a gun since they were children (15%).

In Their Own Words

Kathryn in Texas said, “I’m a trauma surgeon and have treated a fair share of gunshot victims in Chicago and Houston. I have been pretty ‘anti-gun’ as a result up until COVID. At that point, I figured I might as well get comfortable with at least handling firearms in case I had to use one.”

Chandra in Ohio said, “Recently I decided that I needed to engage in some self care. Going to the range makes me feel empowered and I feel good about myself. My son likes to shoot so this also gives me a way to connect with him.”

Theresa in Nevada said, “I’ve never felt the need to own a gun or want a one. However, with the extreme levels of crime, every individual should learn to protect themselves. With our political leaders allowing the police to be torn apart, this made me feel the need to step up and take measures for my protection.”

Jessica in California said, “I was a victim of a home invasion when I was 16 years old, I had a gun pointed at my head. Ever since that happened, I promised myself that I would not be a victim again. I have two small children and my goal is to know how to use a pistol, rifle, and shotgun proficiently in case I experience the same scenario. I am also interested in the shooting competition world and I am ready to get out there and train. This club has been so welcoming to me and as a woman it is nice to see other women with the same mindset who share a passion for gun safety and shooting.”

Jan in Michigan said, “As a history teacher with 35 years of teaching experience I know that the first thing revolutionaries and tyrants do upon seizing power is to take away the public’s guns. As a child my family lived in inner city Detroit in the heart of the 1967 riots. We lived as hostages night after night under a 3:00 PM curfew everyday. Detroit has never recovered. More recently, the rioters came down my street after their burning and looting rampage downtown in my city of Kalamazoo, Michigan. I decided that I have to defend myself and not allow myself to be a sitting duck. “

Anonymous in Connecticut said, “I had been interested in joining A Girl & A Gun Club for a while and in the wake of the protests and defunding of police I thought this was extremely important. Being from the Northeast it is difficult to find others with the same ideals so I thought this would be the best place to start.”

Lori in Pennsylvania said, “I have taken classes before but to be honest, they were kind of a “dude” thing and I felt a bit uncomfortable. Finding A Girl & A Gun was fantastic for me! Knowing there are other women out there with an interest in firearms has given me a shot in the arm to get out and get trained properly. I am very excited about this opportunity.”

Rita in Texas said, “I was a Hospice nurse worked in some bad areas so thought I would feel safer with some protection, but never learned how to use a gun. Now I live in an area that isn’t really safe and I wanted to learn how to use it and maybe be able to get my concealed carry license. I do keep up with AG & AG on Facebook, like the emails, like the virtual classes, love the Journal, and practice dryfire at home. Never realized that so many females loved guns. Glad to know they do and glad I joined.”

Survey results confirm that women are relying on AG & AG for training and confidence. The recent data is reminiscent of the 2014 NSSF Report on Women, which reported that “AG&AG women scored higher on confidence (3.93) than the general sample of women (3.82)” (page 59) and that AG & AG members “show their enthusiasm for guns and shooting activities through the number of guns they own, the amount spent on guns and accessories and the frequency of participation” (page 61).

AG & AG is now moving into its 10th year of educating women on the safe use and storage of firearms, and promoting women’s interest and participation in training and competitive and recreational shooting sports. The club’s mission is especially relevant today and the organization is stronger than ever.