Train to Defend: A Review of Winchester Train and Defend Ammunition 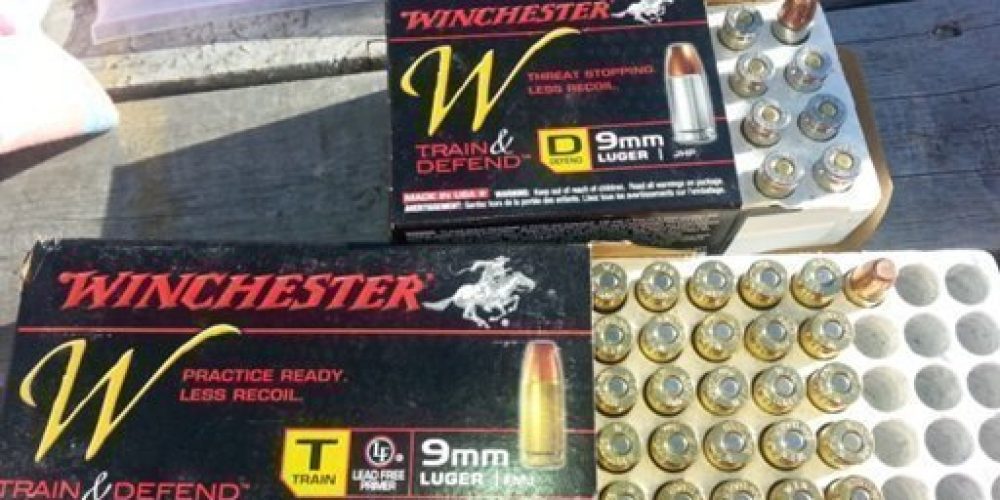 During a recent A Girl and A Gun/Cornered Cat Instructor Development course, I was able to get my hands on a couple boxes of Winchester’s new Train and Defend ammunition in 9mm. The idea behind this “W” line is that it will allow shooters to train with a nearly identical recoil round at a lower cost and have the confidence that, if the need should arrive, the defensive round will react just like their training experience. No surprise recoil or adjustments.

When time allowed during my three day course, I would randomly load 3 W Train rounds, then 3 W Defend rounds in my magazines as we would go through our drills. Sometimes I would load 2 Train rounds, 2 Defend rounds, and 2 of my “go to” training ammunition, the Winchester White Box.

Although I am not a sharpshooter and did not pull out my calipers, I could not see a difference in the accuracy between any of the ammunition. My groupings did not changing throughout the magazine. Because I shoot the White Box on a regular basis, I could tell the difference when the W line went through. It was not a significant difference, but different.

As both the W rounds are loaded with 147 grains and a velocity of 950 feet per second, the theory is the actual recoil and feel of the shooting should not change. In my opinion, I knew when the defensive round was fired. It was not as soft as the training round and did have a bit more “umph” to it, but not much.

I was shooting a Ruger SR9 for this course, which eats and spits out any ammo and, as expected, I did not have any malfunctions with the W line.

I think this combination is a great set up for beginners who want to use their firearms for defensive reasons from the get go. This could also be a great solution for shooters with hand/wrist strength issues, like seniors.

If the tests are true and the penetration for the W Defend round is 12 to 15 inches into ballistic gel, I don’t see any reason why everybody shouldn’t carry it. The quicker we can get our sights back on target after our first shot, the quicker we can fire again accurately. Why have to fight the recoil when there are better options?

As usual, buy a bunch of training rounds (and use them regularly), then buy a couple boxes of defensive rounds making sure to shoot at least one box through your defensive gun to assure compatibility.