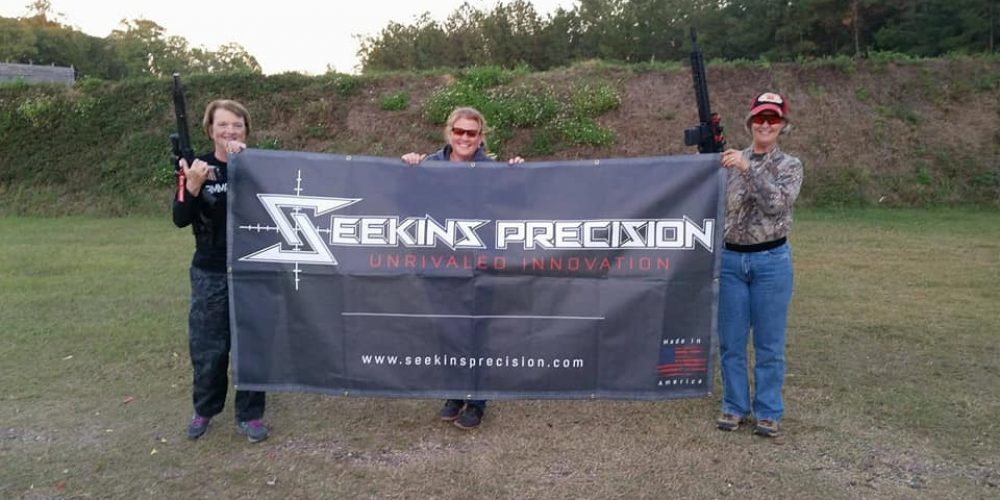 On November 11, 2017, the Tallahassee, FL Chapter of A Girl & A Gun hosted their 1st Annual Talon Freedom 3-Gun Challenge. This match raised money for scholarships for AG & AG members to attend additional training opportunities. Facilitator Katrina Reed, along with members Cheryl Fordyce and Eve Haney, thought a 3-gun match would be a great way to raise money, have fun, and add to their skill sets, since the three of them are competitive shooters and love the 3-gun sport.

Talon Range no longer hosted any 3-gun matches, so many of the Tallahassee members were unfamiliar with scoring and rules. Katrina, Cheryl, and Eve got to work. They immediately had a list of volunteers from the Tallahassee chapter to staff the event as well as husbands who were more than willing to help. Michael Fordyce was Range Master, Mike Reed helped with stage set up and was also the Master Chef, and Locke Haney staffed the long range.

More than 50 competitors shot the match, which included six themed stages that were both fun and challenging. Every participant received a swag bag with donated items and gift certificates. Immediately following the match, they enjoyed a BBQ dinner and random prize table. Every shooter walked the table and took home a prize valued at a minimum of $50.

Katrina says, “Overall the match was a great success. A lot of blood, sweat and tears were put into this match, but it was worth every minute, doing it alongside such a great group of ladies. Plus, we raised a good amount of money. We are already starting to plan for next year!”

Learn more about the Tallahassee Chapter and Talon Range.