Talking About Guns and Gun Control 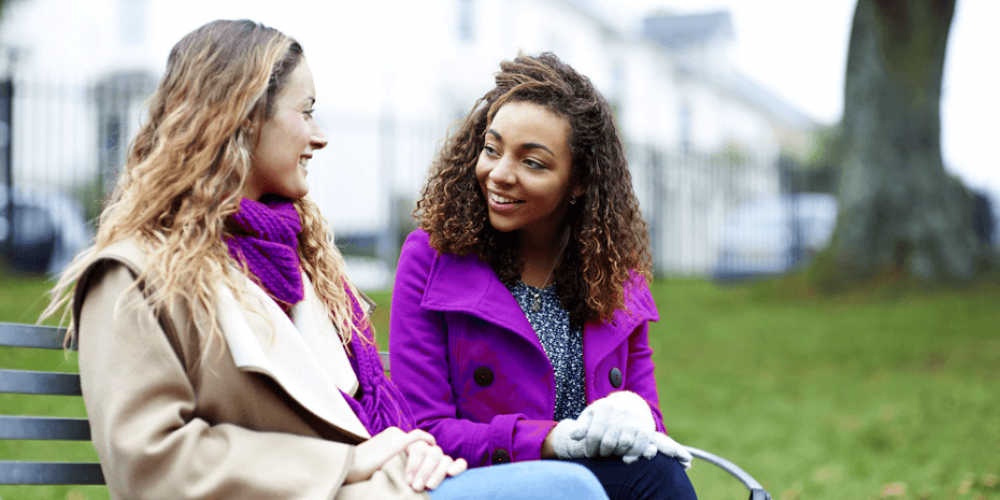 When I was in college I had my first sales job. I learned several life lessons during that time, but also some communication techniques that have served me to this day.

If you’ve read my journey into the firearms community, then you know I was a fervent anti-gunner. When I became a gun owner, I ventured “over the mountain” to a community that is largely misunderstood by “the other side.” Critics have said that this type of language divides our country into two camps: us vs. them. I argue that there *are* two camps: (1) those who see guns as tools for the users’ intents and (2) those who see guns as killing machines, and the chasm between them is only getting wider.

Here are 3 tips that can help both sides to communicate graciously and find common ground.

Both sides comprise smart, educated people that use statistics that support their paradigms. The crux of the issue is that the anti-gun view is that everyone should give up rights (like we do with speed limits, Sudafed, and such) for the greater good in order to protect even one life from a firearm-related death. Restrictions may make it so that Bad Guy cannot get a gun, walk into a building, and shoot scores of people. Anti-gun people believe that restrictions will save lives.

The pro-gun view is that law-abiding citizens have the constitutional right to firearms, and restrictions take rights away from the good guys only because bad guys will circumvent the law. This creates an uneven playing field and a less safe society. Bad Guy will circumvent restrictions to get a gun, truck, knife, or whatever he needs to carry out his plan. Good Guy is armed, trained, and has the mindset to stop Bad Guy if he endangers people. Pro-gun people believe armed civilians will save lives.

When you understand that both groups are motivated to save lives, then we can create common ground for dialogue.

This is my favorite communication technique and I use it all the time. If you’re speaking to someone who supports gun control, try the Feel, Felt, Found Method.

“I know how you feel.”
This wording lets your colleague know that you heard him or her and can relate. This is also referred to as establishing empathy, demonstrating understanding, or acknowledging their concern. You may not agree with the position, but you can agree that any loss of life is terrible. You value saving lives, too. It is sad that tragedies occur.

“I felt the same way.” or “My friend felt the same way.”
This statement says two things: (1) You’re not alone; and (2) Your views can change. This is an important phrase because you’re showing respect for the person. This is where many gun owners lose the conversation because they would rather say that you’re uneducated or an idiot or wrong, which immediately makes a colleague go on the defensive and widens the communication gap again.

“But I found that….”
This statement lets them know that others have changed their minds and are very happy with the outcome. Help your colleague see that his or her fears are unfounded. In fact, the actual outcome of learning to be an armed citizen had a positive result for you or your friend.

Tip #3: End with an Invitation

After you reassure your colleague that you’re not going to insult him or her, then you can offer facts and extend an invitation to learn more about your position. When you put it all together, it can look like this:

“Assault rifles should be on the battlefield not on our streets.”
I know how you feel. I felt the same way for many years, but I found that an AR-15 is not a military-grade weapon. You’re thinking of the M-16, which is a different rifle. The AR-15, rather, is a civilian rifle that is semi-automatic, which means that you pull the trigger 1x for every 1 bullet that comes out. They are really popular for hunting and home defense. I choose ammo that dissipates its energy upon impact, so I can be sure to save my children’s lives from an intruder, and also not endanger those in adjacent homes. I also need an AR-15 for my sport because it’s required for competition in 2-gun and 3-gun matches. It’s lightweight and can be easily customized for safety — it’s the most popular rifle in the world. Would you like to shoot mine?  It’s really fun to shoot and I’d love to help you learn more.

“We need more laws to make it harder for people to get guns.”
I know how you feel. I felt the same way, but I found that laws only work if people obey them. Dr. Suzanna Gratia Hupp was with her parents in Luby’s in Killeen, TX, when a man drove his truck into the building and shot people, including her parents. She had a handgun, but left it in her car because laws at the time didn’t permit purse carry. She says blaming the man is like blaming a rabid dog, but she blames Congress for taking her right to self-protection away from her. The man wasn’t sane and he used his truck and his gun to kill, but because she followed the law *she* was the one who was unarmed. If she had her gun she would have saved many lives. Is there a gun control law that would have protected her? What would you do to protect your life in that situation? Have you ever shot a gun before? Would you like me to teach you?

“This type of violence doesn’t occur in other countries.”
I know how you feel. I felt the same way because everyone talks about incidents when they happen here. I found that some of the most violent nations on earth don’t keep or publish homicide statistics because of international relations or reliance on tourism, therefore we can only compare countries that provide data. Unfortunately the data is often incomplete because mass shooting reports don’t include acts with firearms that are considered terrorism, such as the attack in Paris on Charlie Hebdo, or mass homicides without firearms (using knives, vehicles, or bombs). For example, U.S. has had the most incidents of mass shootings, but Norway, Finland, and Switzerland have higher mass shooting fatalities per capita. According to the UN, El Salvador, Honduras, and Venezuela have the highest intentional homicide rates, 1400% higher than the U.S. How can we save lives from all types of violence?

“Anybody can just go to a gun show and walk out with a gun. Congress needs to close this loophole.”
I know how you feel. I felt the same way until I went to a gun show. I found that all dealers at gun shows do fill out a Form 4473 and run background checks for all sales. There are two problems: (1) the 4473 asks if you are a felon or prohibited from making the purchase so that the dealer can deny the sale, but Bad Guys lie; and (2) the safety net is to find his name in the NICS system and then deny the sale, but 38 states submit less than 80% of their felony convictions to the database for background checks, so more than 7,000,000 felons aren’t in the system. Congress can save lives by providing funding or staffing or whatever it takes to make sure the background check database is comprehensive, so felons can’t pass background checks and can’t buy firearms at gun shows or any gun store. Do you want to go to the next gun show with me so you can check it out yourself?

“We need universal background checks.”
I know how you feel. I felt the same way because we need to keep guns out of the hands of evil people. But I found that the background check system is flawed and discriminatory. Unlike an employment background check that searches by social security number and unique identifiers, the NICS system pulls data based on first name/last name. This creates so many false positives and results in a discriminatory and unreliable system. For example, if a women is trying to legally purchase a firearm for protection, but has a name similar to someone in the system, especially if it is a common name to her culture, she will be wrongly denied and will have to submit appeals. Further, a background check in Washington DC costs $125 per firearm. That’s not fair for the single mom trying to protect her children. Do you want to look into this with me?

“I’d never have a gun in my home with my children.”
I know how you feel. I felt the same way, but I found that it empowers me to protect my family.  I joined A Girl & A Gun and discovered a ton of information and training. I learned what safe storage to use and how to talk to my kids about guns. I learned that the NRA has a great program called Eddie Eagle that teaches kids to run away and tell an adult if they see a gun. These safety programs aim to save my kids’ lives and their friends’ lives, too. Plus, since I’ve been training with other women, I’ve gotten proficient with my gun and we have a family emergency plan so I am much more confident at home. Our next Girl’s Night Out is in a few days — it’s just women meeting at the range to learn more about safety and shooting. Would you like to come with me and check it out?

Not every conversation will create change, but conversations can be respectful. Remember that if he or she wasn’t raised with guns, then his or her only perspective is news headlines — constantly barraged by criminal or negligent shootings. Be understanding of this paradigm and gently encourage him or her to learn more about firearms without being demeaning or condescending.

By using the Feel, Felt, Found Method, you can create common ground and validate that they are using their own personal experiences to guide decisions. By offering an invitation, you can provide new experiences and perspectives by inviting them to learn the safety, mechanics, and culture of firearms.

Let this journey move at its own pace and maybe one day they will call you when they are ready to join you at the range. If not, you’ve at least given others the opportunity to experience a welcoming, positive glimpse “over the mountain.”