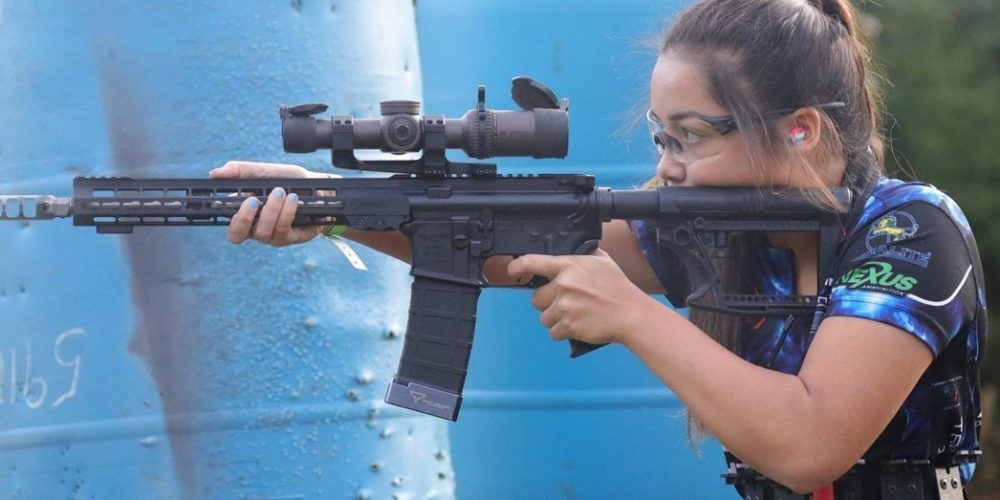 The terms may be confusing to some people, but semi-auto and full-auto firearms are very different from each other.

What is the difference between a semi-automatic and a fully automatic firearm?

Semi-automatic means that once you have a round in the firing chamber, when you pull the trigger, that round will fire. It’s referred to as “semi-automatic” because the next round will automatically cycle into the chamber from either an internal or external magazine, but it will NOT automatically fire.

Fully automatic means that once a round is loaded into the chamber, if you pull and hold the trigger, the firearm will continue to fire until you let go of the trigger or run out of ammunition. Fully automatic firearms are sometimes called “machine guns.”

Can I buy a semi-automatic rifle?

Semi-auto rifles are commercially available in a variety of makes, models, and calibers at thousands of gun and sporting stores. In most cases, a person can buy an AR-15 in the same manner as buying a handgun.

Is an AR-15 an automatic rifle or “assault rifle”?

No, “AR” stands for ArmaLite Rifle after the company that first developed the firearm 60 years ago. ArmaLite sold the rights to Colt, which modified the rifle and sold it to the military as the M-16. The M-16 can be fully automatic, but an AR-15 is only semi-automatic.

The term “assault rifle” is technically referring to military rifles, which have a switch on the side that allows the user to select semi-automatic, fully automatic, or three-shot burst.

How many bullets are shot from a semi-automatic firearm per second?

The user can shoot as fast as his or her finger can press the trigger. One trigger pull = One bullet fired.

Can I buy a full-auto weapon?

Not really. Fully automatic firearms are available only to the military or law enforcement. The only automatic weapons legal to purchase for civilians in the United States are the ones that have been registered between 1934 and 1986. Taking possession of them requires paying a $200 federal transfer tax, filling out an application to register the weapon, submitting passport photos, getting your chief law enforcement official to sign your application, and submitting to an FBI background and fingerprint check; or obtaining an NFA Trust, which has different requirements. Those firearms (and specialized kits to convert semi-autos to full-autos) are difficult to obtain and very expensive.

Would a ban on assault rifles help to curb the violence?

Banning assault rifles would make no difference because full-auto rifles are seldom, if ever, used in a crime.

Even semi-auto rifles are a relatively uncommon type of weapon used in homicides in the United States, despite the news rhetoric. Homicides are overwhelmingly committed using handguns; they were found to be the most common murder weapon for nearly half of all homicides in the United States in 2019. Even hands, fists, and feet are used to commit homicide almost twice as often as a rifle is. An NIH study that investigated the levels of criminal activity committed with a semi-auto rifle are only being used in a small percentage of crimes: they “account for 2–12% of guns used in crime in general (most estimates suggest less than 7%).”

Semi-auto rifle (AR-15), the most common rifle in America (and vilified in the news media):