Red Dot: For the Aging, for the Long-Term, for the Win 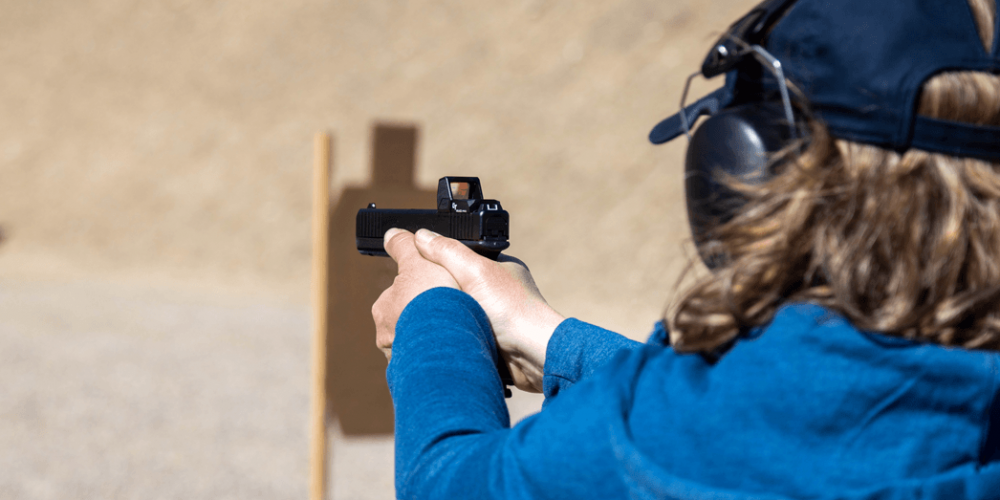 I did not start seriously shooting until I was 56 years old.  Since I’ve started this journey into the firearms world many people would tell me about not being able to see the front sights on their pistols due to increasing age.  I often joke that I have never seen my front sights.

Even though my front sight was always blurry I was too stubborn to try a red dot.  I decided to take a red dot class (Progressive Force Concepts) since so many of my students were bringing them to classes and asking about using a red dot.

I entered the course sure that I would not like shooting with a red dot. When the instructor asked me to try shooting with both eyes open; I responded that that would be impossible for me.  But as I always tell my students when they take a class “empty your cup”; be willing to try something new even if it is uncomfortable (as long if it’s safe).  I was shocked that I was able to see both the target and the dot; I’ve never been able to accomplish that with iron sights.  The peripheral vision was amazing.  Wow I might like shooting with a red dot.

Since class I have completely embraced the red dot.  Sometimes it feels like cheating; but when you carry an EDC (everyday carry) for self-defense – why not cheat!

So, what are the advantages that I see for my students and myself?

·      Acquisition of the next target more quickly.

One of the hardest things for me as an instructor is to have student understand that a red dot isn’t going to make you an competent shooter immediately.  Training and fundamentals are still paramount.  Bad fundamentals will not be overcome by adding a red dot.

The transition from irons to red dot can be confusing to the brain.  Training yourself to focus on the target versus the bouncing dot can initially be a struggle.  On the range people would giggle hearing my mantra.  Both eyes open. Focus on the target. I would say it over & over again.  If I didn’t say it out loud my brain would forget and revert to staring at the dot.

Another idea I had to overcome was the idea that students MUST learn to shoot with iron sights first.  But I’ve changed that viewpoint.  I feel it is important to understand how both sighting systems work but if a student wishes to shoot a dot for whatever reason that is their decision.  It is not mine.  Many of my clients are at the point in their life where readers are required and just like me cannot see their front sights.  If a dot makes shooting easier and more enjoyable than I say go for it! As long as they understand that they must still employ proper shooting fundamentals.  For those thinking red dots are a fad; I can say they are here to stay!