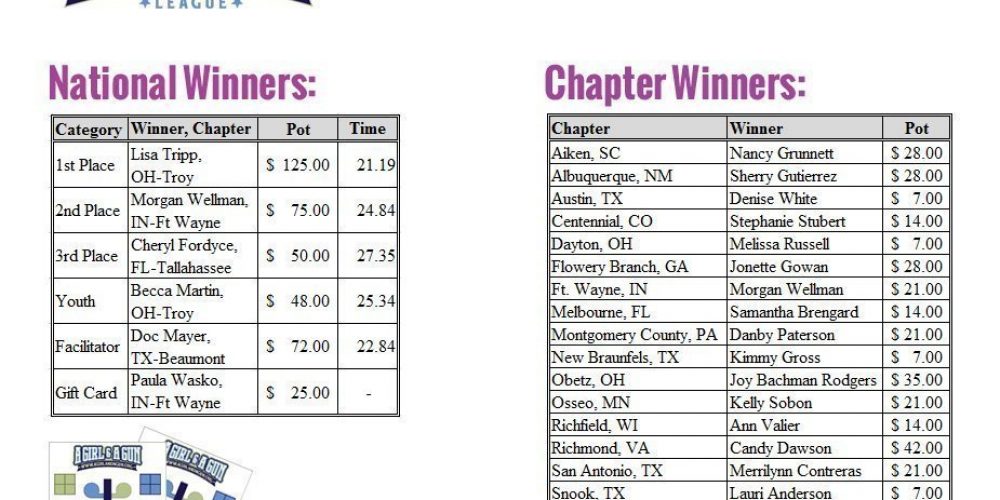 AUSTIN, TX — A Girl & A Gun Women’s Shooting League proudly announces the winners of the 3rd Quarter 2016 League Match. This quarter’s course of fire included 30 rounds total at an AG & AG logo’d target #2 at 30 feet (10 yards). This is a Limited Vickers match with no more than 10 rounds per string. Use only .22 caliber rifles with no scopes, laser sights, or red dots. Begin at a low ready with finger outside of the trigger guard. Shots were fired in this order:

After five consecutive wins, Cheryl Fordyce of Tallahassee was dethroned by a new champion, Lisa Tripp of Troy, OH. Lisa had a time of 21.19 seconds. Our youth winner is Becca Martin also from Troy, OH, with a time of 25.34 seconds. Doc Mayer from Beaumont, TX, won our facilitator category with a score of 22.84. The winner of the gift card awarded to one random participant for every 50 participants is Paula Wasko, from Ft Wayne, IN.