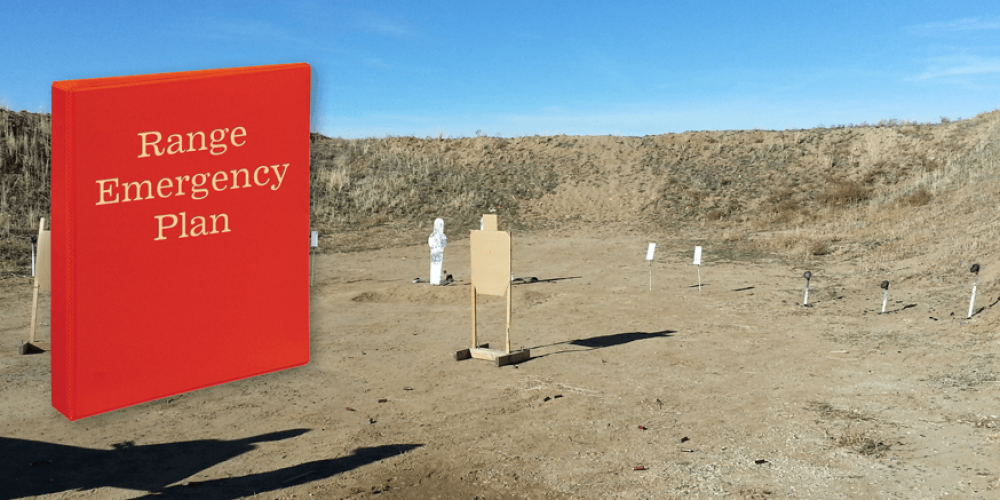 This past weekend there was a local match (not AG & AG) where a negligent discharge resulted in a gunshot wound to a competitor. On the “load and make ready” command, a male shooter, who had been competing with the local club for about 6-8 months, got the zipper from his concealment vest into the holster as he was reholstering. The round entered and exited his thigh, and the wound was fortunately minimal.

This local club had a detailed emergency plan. At every stage there was a trauma kit attached to the stand that houses the water cooler and stage briefing. At the shooter brief prior to the match, the first aid kit was announced and a volunteer was requested to be the range medic. For this particular match there was not a designated volunteer range medic, so responsibility defaulted to the match director.

Moments after the incident, fellow participants flagged down the match director as others began tending to the injured competitor. The match director took immediate control of situation by directing one person to call 911 and another person to wait at entrance of the range to direct police and EMS to the location of the patient. He gave first aid directions, as well as kneeled over the firearm, which had fallen on the ground and was still loaded. He also directed an individual to bring a full trauma kit to have more appropriate first aid items for the wound. As soon as the match director saw a designated Safety Officer (SO) that was not on the squad of the injured competitor, he directed that SO to take possession of the firearm, safely unload it, and maintain control of it. EMS arrived in 25 minutes.

Observations from the Match Director

When he arrived in the bay he saw three people around the competitor. One was trying to cut his pants with a pocket knife, and one was trying to work with a tourniquet. Other squad mates were standing around. There was a lot of noise and confusion.

The injured competitor and the three people rendering aid are all nurses with varying levels of trauma care experience. When asked why they started a tourniquet without identifying entry and exit wounds, one said that in the moment of panic it wasn’t normal work. Because this was their friend and they were in a place that didn’t have the tools they were used to using, they became flustered. Once the match director arrived, they didn’t look up (just heard his voice), but his firm and clear commands helped them focus. Then they were able to remember their training and use the tools they had available to them.

The biggest takeaway from this incident is the reminder to slow down. While there may be times a shooter may have to quickly draw a pistol, reholstering should be done slowly and deliberately. It is a good practice to look at the holster when reinserting the gun. Competitors are not on the clock for the “make ready” and “show clear” commands, so it is important that the shooter slows down and watches the gun in and out of the holster. They should never compromise safety by trying to be cool and eject the round and catch it. This incident is a stark reminder of how a mistake can have dire consequences.

Secondly, match directors and/or instructors that organize any shooting event should follow these key safety guidelines:

It took EMS 25 minutes to arrive. Knowing this response time allows the club to modify its emergency plan to include instructions for transporting a seriously injured participant towards the city to meet EMS instead of waiting on them.

In this situation, the injured competitor had a minor wound that was able to be dressed quickly with minimal blood loss, shock, and risk of infection. However, if the wound been worse, or if there not been trauma kits immediately available, the competitor could have died. This underscores the importance of having a detailed emergency plan, rehearsing it, and discussing it at every event.