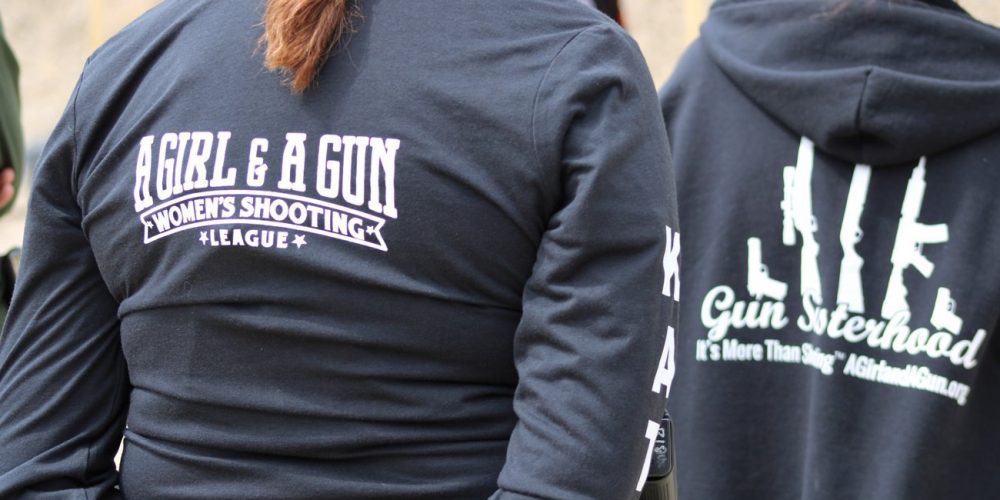 More than 450 women descended upon the Cameo Shooting Complex in spectacular Grand Junction, CO, in April for RISE 2021.  These ladies represented more than 95 chapters spanning 36 states.  Many chapters came as large groups in matching chapter shirts; some traveled solo and made new connections. Some came as family: several sisters, cousins, and spouses traveled to RISE 2021. Most notably, there were many mother/daughter pairs who came to train together! I had the opportunity to chat with a few of them.

Denise & Christianna (age 12) White from the North Austin, TX chapter attended the AG & AG National Conference for the first time.  Christianna is active in her local 4H, Steel Challenge, & loves her 22 caliber rifle.  Denise said their goal is to someday shoot in 3-Gun matches together; and it looks like they are registered for Fall Fest!  Denise told me they love belonging to A Girl & A Gun together because it’s open to only women and helps to promote confidence both in the shooting sports and in life.

Coni Brooks & Chandra Brooks Patey are veteran conference attendees. This mother/daughter combo run the Central Utah Chapter together.  This was Coni’s 9th conference; she originally attended as an ammo reloading instructor. This year was their 5th time they’ve attended together. In 2018 Chandra’s daughter accompanied them, so they enjoyed three generations training together!

Coni & Chandra travel & train frequently around the country. When I asked Chandra about how she would describe her Mom she said “The words I can’t are not in her vocabulary.”  Chandra said even though her Mom is teeny tiny she is not afraid of anything.  “My mom is an inspiration.”

Three generations attended together! Amber & Callyn (age 12) Black of the Las Vegas NV Chapter signed up for conference several months ago, when Amber’s Mom, Sharon, decided to also join in on the fun. All 3 attended every class together; they built rifles, did archery, attended an improvised weapons class, & so much more. Amber said, “Even though Callyn is only twelve and obviously can’t carry a firearm, she can learn situational awareness, defensive responses & gain the confidence in her ability to navigate the world without being afraid. I don’t want her to grow up with a victim mentality I see so many women display.”  And, of course, it’s all about some seriously fun girl time.

Sharon Rider (Amber’s mother & Callyn’s grandmother) is a retired peace officer and understands the need to develop the confidence & skills needed to protect themselves.  Sharon said she worked in a man’s world and never had the support in her career but that shooting with all of these woman at Conference and hearing their stores was “one of the best experiences of my life.”  Sharon’s family has always been outdoorsy and involved with firearms, archery, hunting, camping.  She loves seeing Callyn’s enthusiasm for the shooting sports and says, “A Girl & A Gun makes an excellent platform for furthering her education & her skills.”

A Girl & A Gun is committed to continuing to grow the 2nd Amendment community and training the next generation of shooters. What was the best part of RISE 2021? According to Sharon, “I love making memories with my family and I look forward to making more with AG & AG and all the gun-toting girls.”