Liberals, Join Us! An Invitation from a Former Anti-Gunner 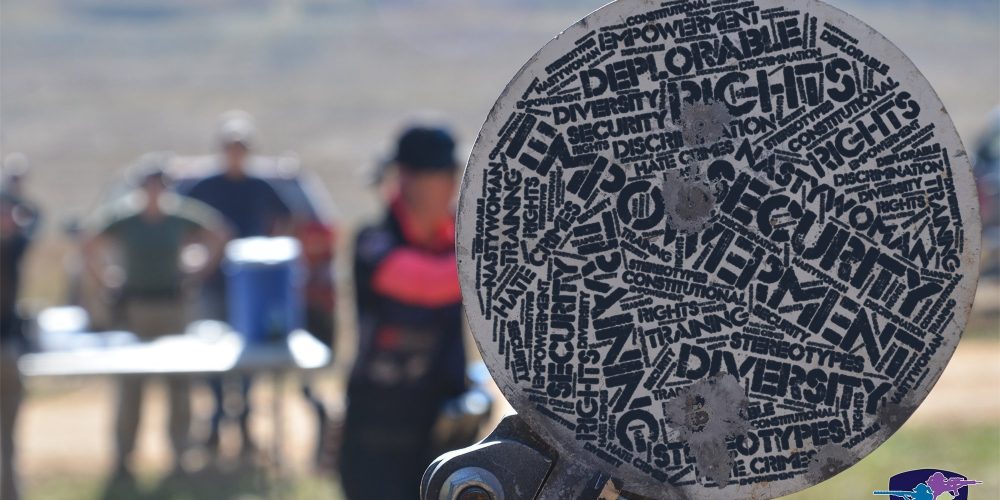 Some experts predicted that firearms sales would slow down after the election of Donald Trump, but the BBC recently reported on the rise in gun owners due to the anxiety about the upcoming administration. People of color, LGBTQ individuals, and left-leaning Americans are increasingly becoming gun owners to protect themselves from attacks and fears that a Trump administration will fulfill stump speeches of border closings, deportations, militarism, and global disruption. I am here with open arms to welcome my Liberal friends to the firearms community! I, too, became a gun owner because I realized that the world is one day away from chaos. Welcome to the party.

As I said in a previous article I was a fervent anti-gunner, who spent many years making arguments in support of gun control. My husband enjoyed shooting, but understood the fears I had of having a gun around our three children. We talked about getting a gun after 9/11, but Hurricane Katrina is what opened my mind. I saw a modern American city debilitated overnight with no infrastructure or security. I saw mothers begging for strangers to take their children to safety, while armed criminals took to the streets to steal what they could.

I began casually storing food and water so that if my city experienced a disaster my family would be okay for a few days until things calmed down. My husband was concerned that he would have no means to protect us or keep looters from taking our food, and I began to consider a gun (for him to use) that would be locked away in a safe to be used only in an emergency. I finally felt ready to purchase our first firearm.

There are many reasons that spur someone into gun ownership. For me it was to protect my family if we were threatened. I realized that I could not wait for a Good Samaritan or first responder to help us. I could not trust the government to protect us. I sought resources to learn how to prepare for different scenarios and take responsibility for my personal security. I became motivated to seek empowerment and firearms training because there may be a day when it all goes to hell.

This may resonate with liberals and others who are fearful of a Trump presidency. Many feel unsafe because racism and xenophobia are in the mainstream dialogue. Some people believe that my Spanish last name may put my family at increased risk for hate crimes or deportation concerns, even though I’m white and my husband is a third-generation American citizen of Mexican heritage. A friend told me that my son’s light brown skin means to some people that he does not belong in the USA. Another told me that my daughter is blind, so opportunities and necessary services may be kept from her if disability rights, hard-fought over the years, are eroded.

And all of this is a dogma that gun owners have held for a long time: Champion for your constitutional rights so that no administration can take them away.

For the past eight years, many gun owners were very fearful that the Obama administration was going to implement gun control measures through Executive Orders. The 2nd Amendment of the Constitution was challenged many times in the mainstream media and by some lawmakers. People like me, who are responsible gun owners and spend their lives teaching firearms safety, have been holding our breaths that our careers would not be legislated out of business. Gun owners, including diverse families like mine, rallied together to advocate for our constitutional rights.

The diversity of the shooting community is not frequently discussed in the mainstream media; however, there are people of all political ideologies, cultures, and lifestyles that exercise their 2A rights. Most gun owners are welcoming to all who participate safely at the range. Many different people have found common ground in practicing situational awareness, emergency preparedness, and the mindset of personal empowerment. They share common concerns of criminal behavior, government skepticism, and the erosion of constitutional rights — or other rights that have been obtained through the judicial process that should not be stripped away.

So, join us! For whatever reason people are motivated to learn to shoot, we have firearms instructors across the country ready to teach you safely, correctly, and with appropriate storage options. It’s nice to see stereotypes broken and increased diversity of people participating in the shooting community.