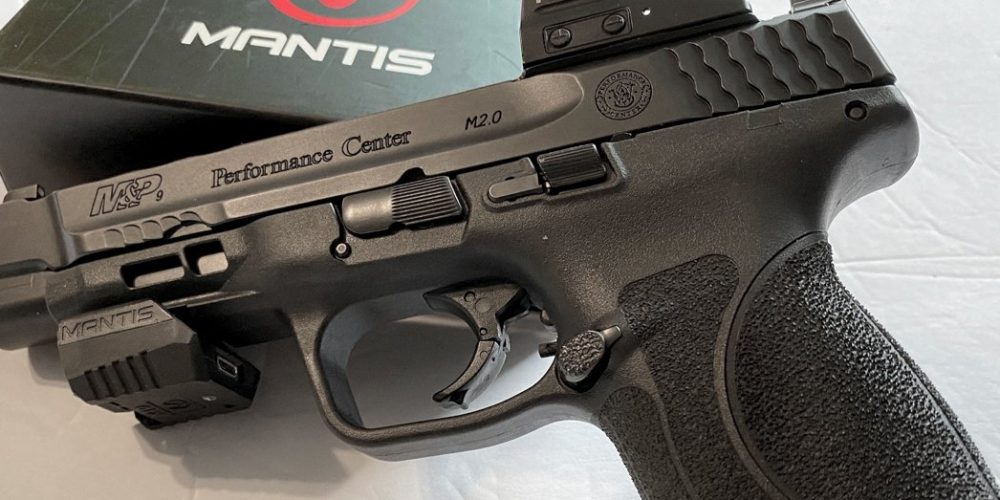 Save Ammo Costs When Training for Handgun, Rifle, and Shotgun — and Archery, too!

I first tried the MantisX Firearms Training System back in 2017 and very much enjoyed it, and encouraged friends to purchase one as well. So, when I had the opportunity to try the Mantis X10 Elite – Shooting Performance System, I was excited to see the changes. And after all, my friends are waiting to hear if they should upgrade.

The first thing to always do with the Mantis systems is to go online and watch the videos. For this one I watched, “Getting Started with Mantis X” to learn how to attach the device. The video also explains how to get started with the app and how to read and understand the feedback.

The biggest difference between the X10 and the older version is the size of the device. The X10 is much smaller and lighter, which is always nice. The older device was attached with a screw to the picatinny rail, which is not a big deal, but now it has a quick detach system which is much faster and doesn’t require a screwdriver.

Other than the physical size and shape of the device, the rest of the changes are in the app and the improvements in drills and feedback. I liked going through the tutorial and trying various drills. Information is stored in History to track progress. You’d be amazed at how quickly you improve with just a few minutes of practice each day.

I mostly used the older version for dry fire on a handgun, and did so as well with this version since part of my goal with it is to save money on ammo. It’s also handy on windy, blustery days when you don’t want to leave the house. You can also join friends online and compare and encourage each other’s progress – another fun thing to do on cold, wet days!

While I used it on a handgun, the device can also be used on a rifle or a shotgun. This would be extremely helpful for people who shoot multi-gun competition and would like to practice and save money on all that ammo. It can also be used for archery but since I don’t participate in that sport I’ll be looking forward to reading a review on how that works.

Another bonus is that the X10 comes with a Magazine Floor Plate Rail Adapter for use with guns that don’t have the Picatinny rail. A friend was just asking me about this recently so I’m pleased to let her know it will work for her. It is also useful for practicing holster draws without having to purchase a separate holster that would accommodate the device attached to the Picatinny rail.

My only criticism is that I would like to see some written directions included – as there was in the older one – for those of us with limited internet access. There is however, a written Instruction Guide online that can be printed out.

Other than that, I’m very pleased with how easy the Mantis X10 is to use, and the feedback provided through the app. While at a higher price point than the older model, being smaller, lighter, and easier to attach and detach, along with the additional options of being able to use it on a wider variety of firearms as well as a bow, make the Mantis X10 well worth it.

Photo: New MantisX10 Training System on the Left vs. Old MantisX on the Right.

You can get your own Mantis X10 from AG & AG. All of the Mantis products are impressive and helpful for your dry-fire practice: