Lethal Force Is No Laughing Matter 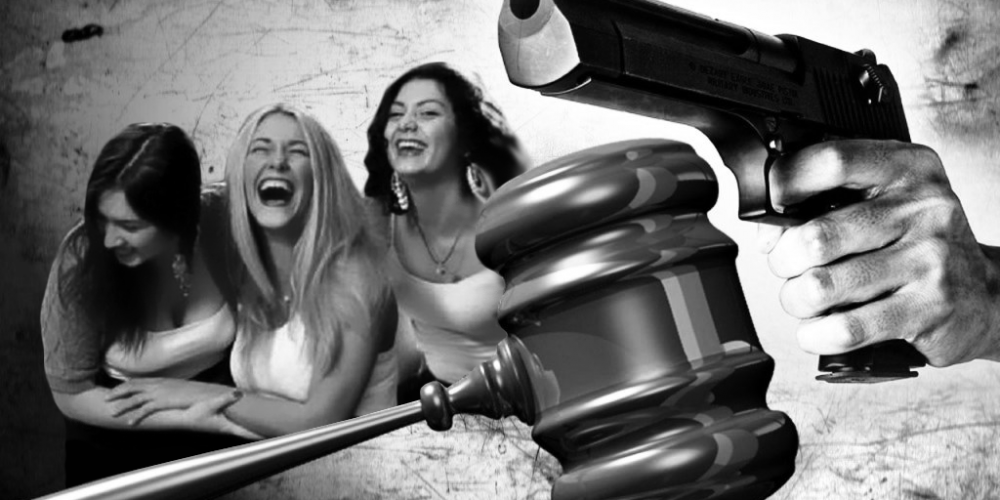 When I teach the Texas License to Carry Course, there is a segment that addresses the state Penal Codes on Use of Force in defense of person and property. After I have spent some time reading the codes word-for-word, which generally states that a person can use lethal force if she believes herself to be in imminent danger. Then I show a slide with the images below and ask my students, “What do you think of this?” 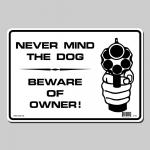 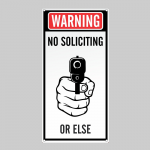 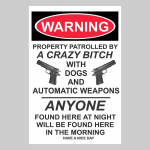 There is always a giggle from someone, often there are mumbles of agreement. Usually there are a few confused faces trying to make sense of what we just covered and the images before them.

It is at this point that I have to remind the class of this stark reality:

If you have a bumper sticker that says “Keep honking I’m reloading,” have a sign on your house that says you shoot to kill or “we don’t call 911,” or you wear a shirt that says “The first rule of Gun Safety is don’t p!ss me off,” look at how you are presenting your character.

Could a reasonable person believe that you can’t be trusted because you might start shooting people just because you feel angry or annoyed?

If you are ever in a life-threatening situation and you have to use your firearm, every social media post, every inappropriate meme you have shared or liked, every bumper sticker, every selfie of you wearing the “Heavily Armed Easily P!ssed” or “I Have a Beautiful Daughter and an Alibi” shirt will become who you are to the media, the public, and worse, the Judge and jury of your peers. You might be depicted as an irrational person who is waiting and eager to shoot someone. All of your good, hard work of training, knowledge of the law, safe handling, storage practices, and 2A rights activism will be instantly misconstrued.

Your entire character is on the line and your defense attorney will have to fight against this negative public image, even if your actions were reasonable and justified in an otherwise slam-dunk case in your favor as to why you had to act in defense of person or property. You have not only damaged your reputation, but your future and your freedom.

Part of being a responsible and safe gun owner is understanding that you can hurt your defense by something you might be doing unknowingly and unintentionally. If you ever have to use lethal force to save your life or protect a life of another, your character will be called into question. Your persona on social media will paint a portrait of your character. Avoid memes that are somewhat inappropriate or controversial because they may be used to describe your mindset. Don’t hang inappropriate signs in your home or bumper stickers on your car — or wear clothing — that will sabotage your defense as you are trying to prove your analytical mindset and your understanding of the law and Use of Force.