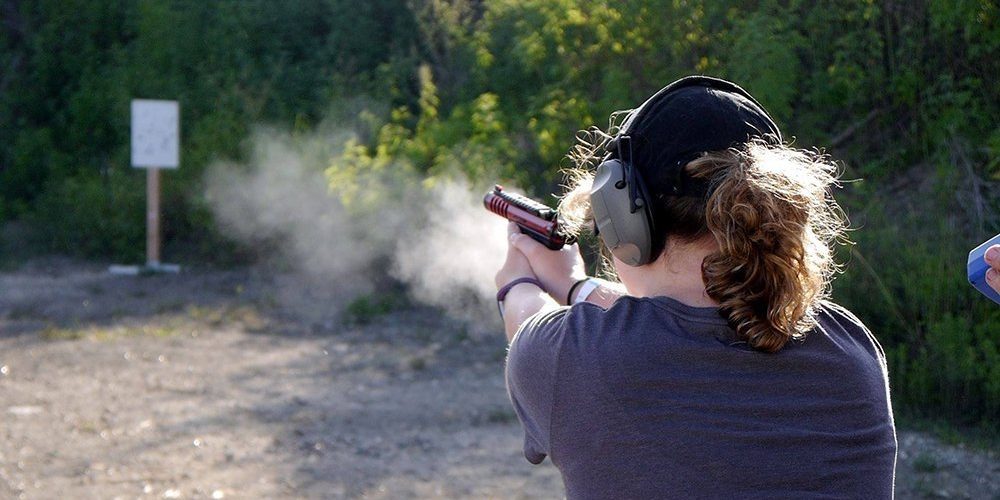 She’s very quiet, letting her mom do most of the talking, but 13-year-old Jenna Jones has had a life-changing year during 2016 — one that has increased her confidence and inspired her to be a role model to other young shooters.

In February, a friend of Jenna’s mother Ronda, decided to offer some basic NRA shooting classes for homeschooled kids like Jenna. Jenna took the NRA First Steps Rifle class and loved it. Then, she took the pistol class. And loved it. She then took a shotgun class through a 4-H group. And loved it.

Ronda joined Jenna in all of her classes, and found she enjoyed shooting as well, and was thrilled that Jenna seemed to be a natural at it. “I think kids don’t go into it with the same anxieties that we do as adults,” she ponders. “Jenna just picks something up and nails it. It’s like it’s no big deal.”

“The First Steps classes were wonderful,” says Ronda, but both of them wanted to continue on with learning and shooting. Ronda was frustrated trying to find local junior shooter programs. “There used to be a lot around, but not so much anymore. Then I stumbled on A Girl & A Gun Women’s Shooting League, and found out about their annual conference.”

Jenna admits she was very nervous about attending the conference. But her mom reassured her, telling her that they would only do what they were comfortable with. It turned out that Jenna would be the only junior shooter at the conference, but her experience was so positive and exciting that it ignited her desire to shoot even more.

Her first class was with the master teacher, Kathy Jackson, a wonderful instructor for new shooters, so this worked well for both mother and daughter. “We had never drawn from a holster before. We didn’t bring any guns, didn’t have any equipment so we borrowed everything. And everyone was so helpful,” says Ronda.

Next Jenna took the AR class with Jordan Blake. “I saw her face light up,” laughs Ronda. “So an AR was our first gun purchase after we got home.” Ronda rightfully brags about Jenna, “Then she attended an event where she hit 59 out of 60 shots from a standing position.”

Jenna then took the long-distance class with Candace Horner and Melissa Gilliland. “Learning how to operate a larger rifle, bigger caliber was fun,” says Jenna.

Then to the surprise and delight of everyone attending the Friday evening “Bang-quet” Jenna won a Springfield XD handgun, which Jenna was very ecstatic about. But the best part of the conference for Jenna was the support and encouragement she received. “They didn’t treat me like a kid or a little girl. They treated me like a new shooter. It made me feel more mature.” Other conference participants who won items during the evening gave them to Jenna to also help her out. “Everyone was so welcoming,” she smiles.

After conference, Jenna decided to begin participating in pistol competitions with a .22. “She took High Lady almost every time,” Ronda marvels. “Without conference we never would have done something like that as soon as we did,” she explains.

Ronda will soon be launching a local chapter of A Girl and A Gun, and Jenna will be the “Junior Ambassador” for the chapter. She won’t be instructing but will be a role model, telling about her experiences and welcoming and encouraging other young women shooters.

Jenna’s future plans include continuing pistol competitions, but also learning 3Gun, so she and her mother will be traveling to A Girl & A Gun’s Brownell’s Ladies’ Multigun Fall Festival in Kentucky in October. There will be other junior shooters there as well, so Jenna is looking forward to the training that will be provided specifically for their group.

“We have the rifle and pistol figured out, but still have to work on figuring out the right shotgun, so we’re hoping to do that at Multigun,” explains Ronda. They will also be attending 3-Gun University put on by A Girl & A Gun next year as well.

Ronda is obviously very proud of her daughter and her personal growth. “As a parent I have seen the confidence in her since conference. That conference made so much difference. There’s just something special about A Girl & A Gun, the support, the encouragement that is there. We wouldn’t be where we are now if it wasn’t for them.”

Jenna is a rarity. She is out there, fully participating in the shooting sports, something very few other young women are doing. “We want to show that girls in Jenna’s age and demographics can participate in shooting safely and positively. She is an under-represented group, and we’re really a pioneer movement for that if you think about it,” Ronda explains.

Jenna is already practicing to be the Junior Ambassador with her words of advice for other young women shooters – “Be sure you are very confident in the 4 Rules of Firearm Safety, and then just jump right in and try. That’s the best way to learn.” 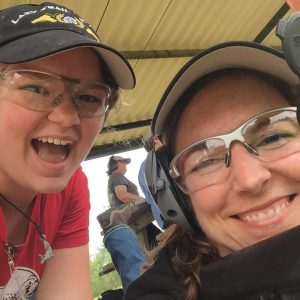 Jenna Jones, 13, with her mom Ronda