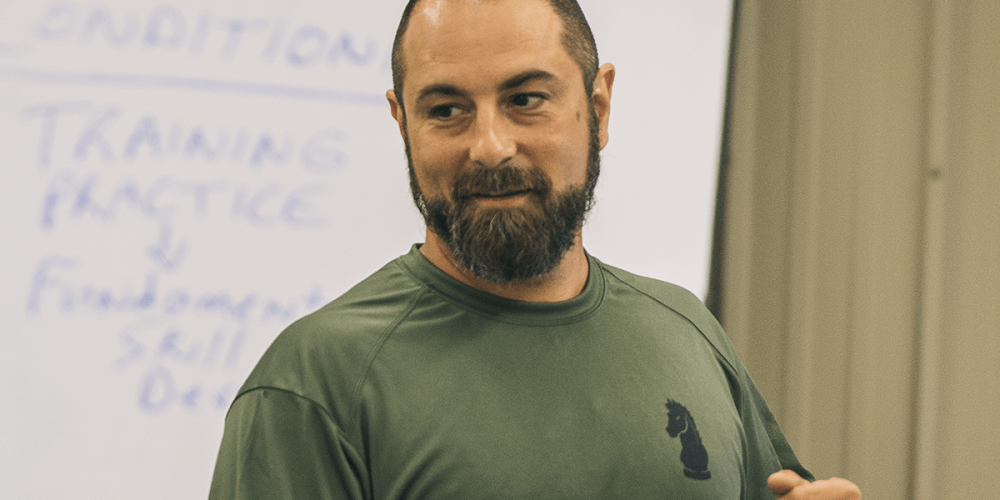 Varg Freeborn is an author, self-defense and gunfight instructor, lethal force educator, fitness coach, father, and family man. Born into a violent home life, he was no stranger to deadly violence by a young age. In 1994, at 19, he was wrongly convicted and sentenced to 5 years in prison, during which his education and training in criminal violence, as well as in strength and conditioning, was deeply cultivated. Following his release, he was eventually granted a full restoration of all civil rights and went on to train extensively in civilian and law enforcement gunfighting, tactics, CQB, breaching, close protection, boxing, BJJ and more. He is most known for his “Violence of Mind” course work, which focuses on the mindset aspect of training and fighting in a way that few have ever been able to approach.