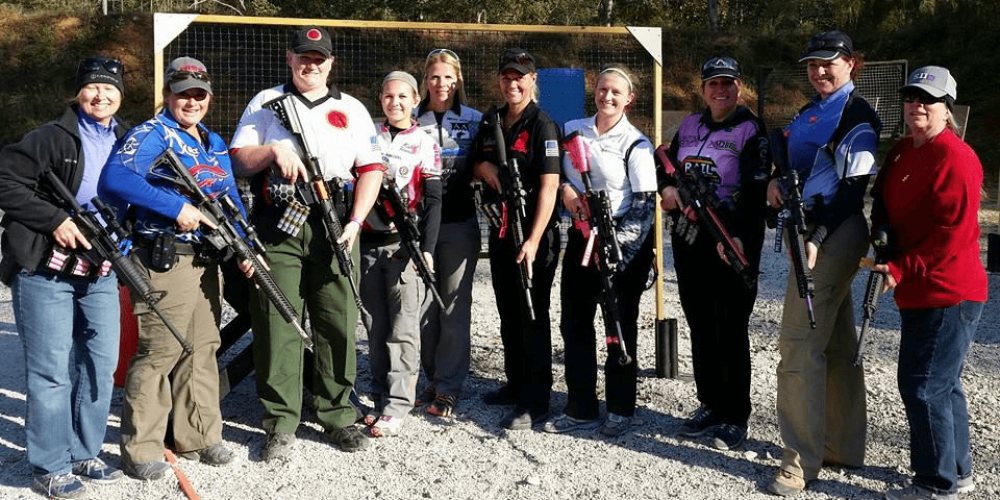 AUSTIN TX – A Girl & A Gun Women’s Shooting League is pleased to announce the industry leaders that have joined as corporate sponsors of the Brownells Ladies’ Multigun Fall Festival. The match welcomes 200 women competitors to Rockcastle Shooting Center in October 2016.

Match Director Julianna Crowder is excited to have the sponsors’ support for this event. “We have a lineup of exceptional sponsors that represent the best of the shooting industry,” said Crowder. “These companies have track records of supporting women as they first begin competing and advance to major matches. They contribute to the prize table, but more importantly long-term participation in the shooting sports.”

Fall Fest is the only all-ladies major match in the country in 2016. It includes 2-gun and 3-gun divisions over 8 fun and challenging stages. Classes include junior (10-17), senior (50+), super senior (60+), and law enforcement/military. Participants will also compete in two bonus side matches (tripod teams and precision rifle), and have the opportunity to attend instructional clinics and fun activities.

A Girl & A Gun Women’s Shooting League (AG & AG) is a club by women shooters for women shooters. AG & AG’s girl-friendly events have been successful stepping stones for thousands of women into the shooting community and fostered their love of shooting with caring and qualified instructors to coach them. The league breaks barriers for women and girls in the area of self-defense and in pistol, rifle, and shotgun shooting sports by welcoming beginners to learn the basics of safe and accurate shooting and providing experienced shooters with advanced-level opportunities.