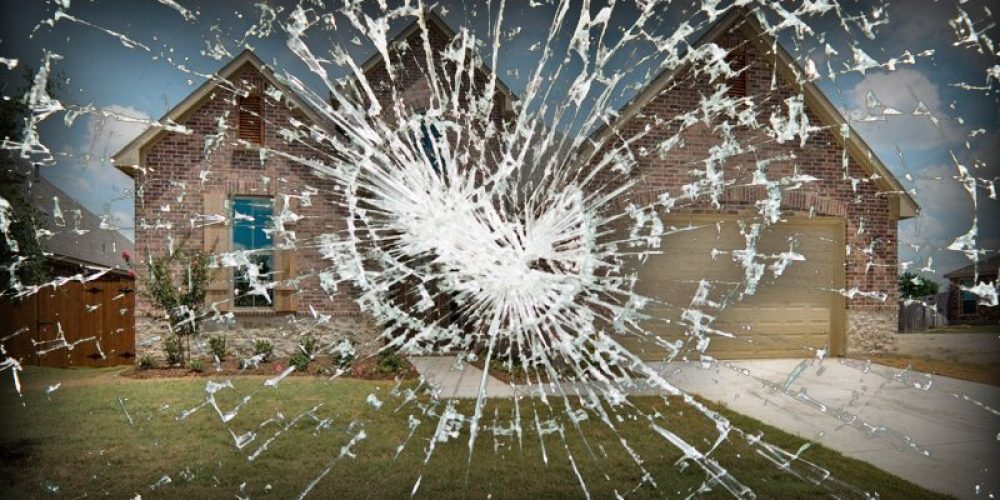 Years ago my husband introduced me to deer hunting, so I became pretty proficient with a rifle. It wasn’t until 1999 that something happened which caused me to up my handgun game beyond simple bullseye shooting.

I arrived home after dark, and with rain predicted, I parked my car and paused in the yard to turn off our garden fountain. I later recalled what should have been a significant sound in the dark bushes, but I ignored it at the time, and went on.

Once in the screened porch just off the driveway, I heard our dogs barking in the kennels out back, sounding an alert. Just then I saw an adult male approach the porch. I recognized him as the neighbor from across the road, but he was not someone I knew well or talked with at all. We were on opposite sides of the porch screen, and he asked if he could use my phone. He then stated that his car had broken down around the corner. I thought this was odd, considering he lived across the road and most  certainly had a phone in his house.

I told him I couldn’t help him, and I retreated from the porch through the sliding glass door behind me into the house, locking it after I was inside. I went upstairs, grabbed the phone, and starting dialing our land line (the only method of communication available to me at our rural location). I wanted to alert and consult my husband, who was out of town on business. His instructions were to get my handgun and call 911. So I went down the hall to our bedroom, hid one gun under the pillow, and took the second one with me to the breakfast room at the other end of the upstairs area. Here I could attempt to look out onto the dark back yard, but to make the 911 call, I would have to end my call with my husband. As a result, he would be unaware of what happened next.

Since the dogs continued to bark and were clearly disturbed, I decided that I may have a real problem. I dialed 911, and began to describe to the operator what was happening. I was so flustered initially, I gave her the last name of another member of his family, but corrected it as I continued to talk with her. Just then I heard the sliding glass door to the porch downstairs being rattled. It was directly under where I was now standing, and was being shaken to the point that the lock lifted up. I then heard the door slide open.

The distance from that lower door, through the basement family room to the base of the stairs, was about 30 feet. Once in the house, the intruder ran that distance, then up the stairs, and then into the dining room in what I estimated to be about 3-4 seconds. As I became aware of what was happening, I was able to firmly plant myself at the far side of the dining room. I met him with a loaded gun as he rounded the corner from the stairs and came towards me.

Up to this point, I had been holding the phone in my left hand, keeping the 911 operator informed of who the intruder was, where he was, and what was going on. I knew that our conversation, and any facts I would share with her, would be recorded, and could help later if something were to happen to me that night. I also approached this situation a little differently than if I had been at the range.

Specifically, I am right handed, but I shoot left-handed (due to eye dominance). Since on this night in a dark room the front sight had no relevance, I held the gun in my right hand for stability.

Years earlier, my husband had been a law enforcement officer who worked mostly midnights. We lived in a very rural area at the end of a dead-end road, and we decided that a plan was needed in case I had  to defend myself in our home while he was at work.

We had rehearsed many scenarios, which now quickly played out in my head. At this point, I shouted out a warning for the intruder: “Stop, I have a loaded gun, and it is pointed right at you.” I will never forget the light from our driveway shining on his white t-shirt. At this point the 911 operator cautioned me not to shoot him. My response to her was “Lady, if he does not retreat, I will shoot him.” This told him that there was someone else who knew he was there, and what I was willing to do. I have referred to this strategy over the years as “Being bigger than the bear.”

I instructed him to go downstairs (back to the screened porch), and told him that the county sheriff was on his way. It turns out that there were only two deputies on duty that night in the third largest county in my state, and it took them about 15 minutes to arrive. In the meantime, the intruder did sit down in the screened porch downstairs while I stayed just inside that sliding glass door with my handgun pointed at him.

Once the deputies arrived, they were in my driveway directly behind the intruder. They instructed me to put down my handgun so they could enter the porch.  I did not see at the time that they were concerned about their own personal safety; my concern was my personal safety and the fact that this guy could lunge towards me or even take me hostage.

I kept my handgun ready as the deputies entered the porch. This event, while instilling fear in me, also instilled anger. I think this is because the intruder was someone I knew (albeit not very well), and he lived very near me. So with my anger came a warning from me to this guy as he was taken away to “stay away from me, my family, and my property”.

He had most likely been in my house at some time before we moved in, so he knew the floor plan. He knew my husband was not home because he saw me mowing the grass the day before. He knew I was alone, as when he asked to use the phone earlier, my husband did not come to the door. Because of my anger, I talked with the intruder while we waited for the deputies. I asked him if he were drunk, and he responded “yes”. While this explains his bad judgment, it does not excuse it. I later asked my husband to analyze what I had done wrong, and what I had done right. Here are some of his points:

My husband talked by phone with the deputies before they took the intruder away, and he asked if they could hold him while he (my husband) traveled back to our house from his work location. By this time it was about 11 pm, but they assured him they could put him on a 24-hour hold. This was NOT how it played out, and the guy was back on the street on bond within two hours. It took my husband longer than that to get home, despite driving frantically on the dark back roads of the rural part of our state.

This event occurred before the Castle Doctrine law was passed in our state. It was even before any concealed carry laws were passed. We went to the County Prosecutor the very next day, and here is what he said to us… My problem was that I did everything right! He went on to say that if I had shot the intruder, most likely no charges would have been filed against me (I was a female in my home alone at night). We asked if the intruder could be prosecuted for aggravated burglary, and the answer was “no”. We were told that he could not get a conviction on aggravated burglary, and could only prosecute him for simple trespass, as he would not be able to prove “intent”. This seemed illogical to me, as why would I want to let the situation progress to the point where I could find out what the intruder’s real intent was? Wasn’t it enough that he broke into a house through a locked door (after being told to go away), and then advanced through that house until he found its lone female occupant? Fast forward, and I can tell you that this guy eventually was only charged with simple trespass (a misdemeanor). He also only spent two weeks in jail (and he picked the time frame). Consequently, my case (and other similar cases) were taken to the legislature of our state, and the laws were changed.

While I did not fire my gun in this situation, the mere presence of a gun and my willingness to use it caused this intruder to back down. I asked for a copy of both the 911 tape and the intruder’s statement when he was charged. In his statement he said “I thought she meant business and I wanted to get the hell out of Dodge”! No one was physically hurt in this encounter, and we both have gone on to live our lives many miles apart. That said, I never felt safe again living in that location, and from that point forward I carried a firearm each time I went back and forth between my house and my car when my husband was out of town. However, it was my firearm, my training, my attitude, and the intruder’s willingness to follow my directions that affected each of our tomorrows. Without a firearm, there is no parity, no safety, and in some cases, no tomorrow for any law-abiding individual, especially a woman.