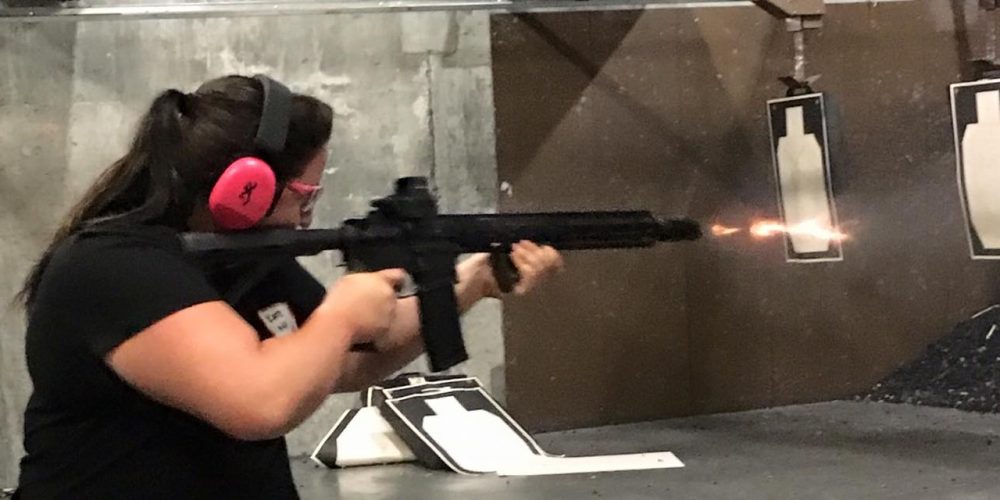 The fastest growing population of Concealed Carry permit holders in this country is women and rightfully so, considering the threat level women face on a daily basis the statistical data is kind of mind blowing. The Federal Bureau of Investigation’s Uniform Crime Report (FBI UCR) identifies four categories of crime as violent crimes and in nearly every state, these crimes are felonies: A) Murder B) Forcible Rape 3) Robbery 4) Aggravated Assault.

Due to the fact other type of Felonies such as Burglary, Kidnapping or Arson, for women many of these are generally connected. What may start out as a burglary by repeat felons could lead to an opportunity of rape which could quickly turn into a murder scene, women have scene cases of intimates such as husband or lovers like the OJ Simpson case, Laci Peterson and Stacy Peterson to mention a few where husbands Assaulted their wives and quickly turned into a murder scene. Add to other crimes woman may face such as carjacking’s and active shooter scenarios it is no wonder why women are taking firearms training and obtaining concealed carry permits. As a Certified Firearms Instructor I quickly noticed how too many firearms programs were woefully inadequate to deal with the subject of violence and how that plays into the training scenario as well.

I took on a responsibility to seek out as many different instructors as I could and that is when my journey led me to discover a training company called Assault Counter Tactics. The CEO/Head Trainer is Paul Pawela, a Nationally Certified Instructor Trainer in all forms of Self-Defense. Paul is one of those been there done that got the tee shirt guys with over 45 years of Martial arts experience (Been Inducted to three different Martial Arts Hall OF Fames) Retired from the Military (Designated as a SOCOM Hand to Hand Combat Instructor) Served as a Police Officer in three different States (Currently is the Director of Law Enforcement Training for the National Association of Chiefs of Police) and has been in seven documented cases where he used a firearm as a civilian, which is why he understands there is a difference in training different audiences, which he clearly separates his training from Military, Law Enforcement and civilians.

Paul runs many different types of training classes one of his most popular is MAN-CAMP in which men get first hand Close Quarter Training in Hand to Hand/ Knife Counter Knife, Hand Gun/ Shotgun/ Rifle and Submachine gun and add room clearing to boot. Myself and several other fellow female firearms instructors demanded a woman camp of similar nature, Paul’s answer initially was a resounding not No but Hell No! After some very persuasive nagging, pleading to finally threatening him we think it was the later that convinced him to agree, WO-MAN CAMP WAS BIRTHED! 30 women in all divided into two groups of 15, one group would head to the range for live fire shooting, drawing from the holster from concealment shooting and moving. An experience that was an eye opener for most since a great deal of women only shot at a static range as the majority of ranges in the USA, do not allow people to practice drawing from their holster.

The women learned to shoot with both hands as point index shooting was the methodology taught as opposed to using the Front Sight as Assault Counter Tactics Firearms Instructor Dann Schrader echoed the Assault Counter Tactics Mantra this is about gun fighting not marksmanship, shoot the bad guy before he can hurt you in a gunfight you don’t have time to use your sights and I am happy to report all women did well.

The Women on the range would go from hand gun to Shot gun to M4 Carbine due to differences in proficiency levels for safety reasons the class was regulated to going as fast as the most inexperienced shooter and every one was fine with that especially since one of our sisters was in a wheelchair like the motto goes all for one and one for all! The Other Half of the class went with Paul for four hours (each class would swap out after four hour blocks) where training got as real as it could get, as Paul explained everything in the hand to hand realm is only a momentary time frame to give you a chance to get to your primary weapon whether that be knife or gun!

The Hand to Hand Techniques were simple and direct, they were a full contact hard SLAP to the Face, Full Contact Kick to the Groin and Full Contact kick to the shin. Paul and his instructors first started out with MMA Training Pads until the women were warmed up, then the men got into SPARTAN® Tactical Training Gear and then the women got to go full out on a real man using the tactics previously mentioned.

Adding additional steps to everything, Paul emphasized biting pieces’ parts off an attacker be it nose, ears, fingers, nipples or whatever, the goal was to bite and a rip or tear off body parts this served several purposes first the assaulter would need immediate medical attention and it would also serve as a collection of DNA for law enforcement to find the attacker.

The women got to do full force scenario against an attacker by stunning the assaulter with the hard slap then bringing him close and biting simulated flesh via jello packs wrapped in plastic that was affixed to the Spartan® helmet. Next Women were taught knife tactics, Paul recommends your “Back Up” Knife be placed on the non-dominate side of your body and prefers a straight edge blade to a folding knife but demonstrated both as Paul explained the legal ramifications for using a knife in a violent encounter and technique wise prefers thrusting verses slicing contrary to what so many other knife instructors advocate. Paul explained the knife should be used in case you cannot get to your gun or you cannot carry a gun period. The realism in this particular scenario was so intense one woman who was a combat veteran had to take a moment to regain her composure as women practiced first with simulated torsos that had simulated blood packets filled in them, to add even more realism fake blood was put on women’s hands and arms to make the knife more slippery and I can personally attest blood and water went everywhere when the torso was stabbed.

The next step for the women was to engage a mock assaulter padded up in Spartan gear in a stand up or fight on the ground and use the knife techniques already learned. The final phase of the women’s simulated training against a mock assaulter was to shoot the attacker in a close contact scenario using both real revolvers and semi-automatic hand guns were used with Hollywood Blanks.

The women shot the assaulter many time in the body and the head as Paul pointed out many bad guys are wearing body armor these days. Every woman was advised to put in her notes that on this day they could testify they knew exactly what it was like to shoot a real humane being with a real gun. Many Nay-Sayers will say this type of training is over the top however in a round table discussion Andy Tolbert who runs Heals and Holsters for women and is a leading self-defense instructor across the country for real estate agents pointed out rather compassionately saying “under stress you don’t rise to the occasion you sink to its lowest level unless you have trained hard to be prepared”.

Paul summed up the class by saying that shooting targets at a static range does little to nothing to help you in a gun fight nor does signing up in a martial arts Dojo prepare you for a physical fight and neither discuss the aftermath consequences of the laws or the mental trauma that follows. Assault Counter Tactics states they are the Tactical Self-Defense School of Do! Their Motto is ACTA Non VERBA in Latin it translates to ACT Don’t Talk. Thirty Women walked out of Assault Counter Tactics WO-MAN training that day with a great more deal of confidence in self-defense then they started with and each and every one of us are prepared to pass on what we learned to other women in the hopes they will never become a crime statistic.