Education and Empowerment in Detroit 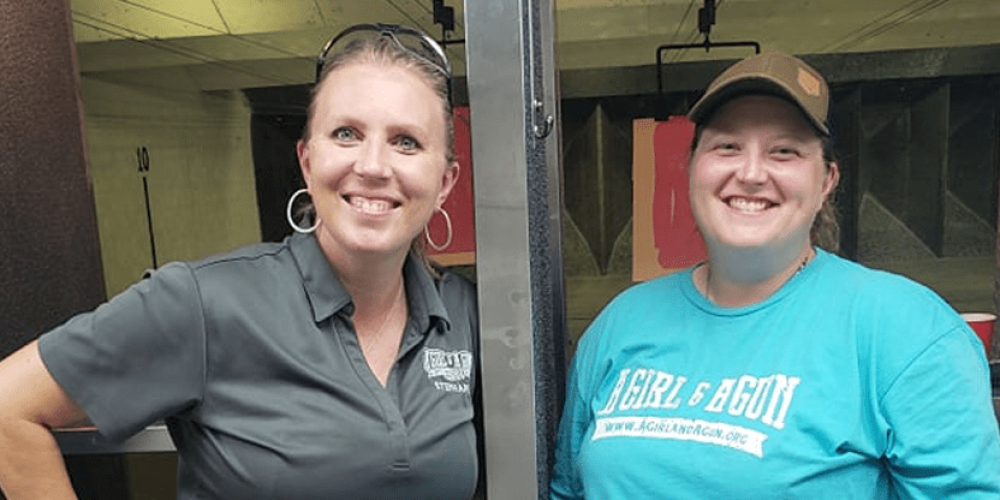 A Girl & A Gun instructors were proud to participate in Legally Armed in Detroit’s annual shooting event that took place on Aug. 21-22 at target ranges in Taylor, southwest of Detroit. Heather Reeves (Portage MI Chapter) and Stephanie Schafer (WyoBraska Chapter) were part of the instructor team that welcomed thousands of women interested in learning about guns and personal protection.

Because of the short time frame and number of pre-registered students, the duo knew that training was going to be fast and furious. “The weekend proved that knowing how to say the words that means the things (nod to Tatiana Whitlock) really does matter,” said Heather.

At their site, the smaller of the two venues, they coached approximately 200 students on the first day. They had approximately 7 minutes per student to get them comfortable with a firearm and have them shoot up to 20 rounds of ammunition. That’s no small feat!

Each woman came to them with her own story and reasons for being there. Some were terrified of firearms and until they met their instructor were skeptical of the whole thing, there were some who were there because their friend brought them; there were others who were just plain excited.

Each participant was part of a range safety briefing and an overview of the essential pistol skills. Then they were given eye and ear protection and brought over to the range where they were paired with an instructor. After shooting, they were invited to have their picture taken and visit with the vendors that were present.

Heather shared what she was told:

“It was a long day, but completely worth it,” said Heather. “To see women come in shaking and afraid and leave excited for their next range visit was awesome!”

The duo instructed two individuals who are running for Governor of MI. Here is a photo of Heather coaching one of the candidates as she was putting her first shots through a gun: