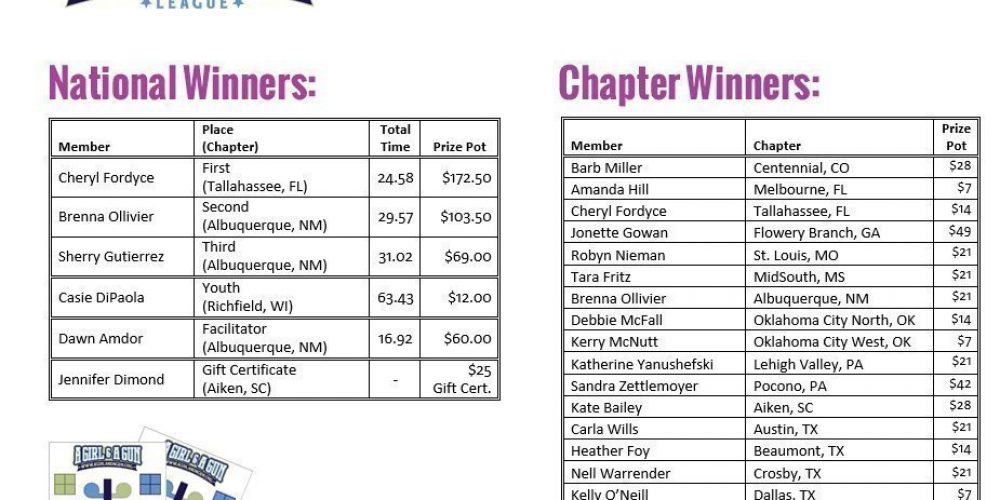 A Girl & A Gun Women’s Shooting League is excited to announce the winners of the 1st Quarter 2016 League Match. This quarter’s course of fire included 22 rounds total at an AG & AG logo’d target #2 at 21 feet (7 yards). This was a Limited Vickers match with no more than 11 rounds per stage. Shooters began at a low ready with finger outside of the trigger guard. Shots were fired in this order:

Cheryl Fordyce from Tallahassee, Florida, dominates again for the 4th quarter in a row! (Somebody needs to step up and take her on!) She had a time of 24.58 seconds. Dawn Amdor (again!) won our facilitator category with a score of 16.92 and had the top overall time. The nationwide average time was nearly 74 seconds and only one participant completed the course without any penalties. The winner of the gift card awarded to one random participant is Jennifer Dimond, from Aiken, SC.