Changing the Rules for Tools 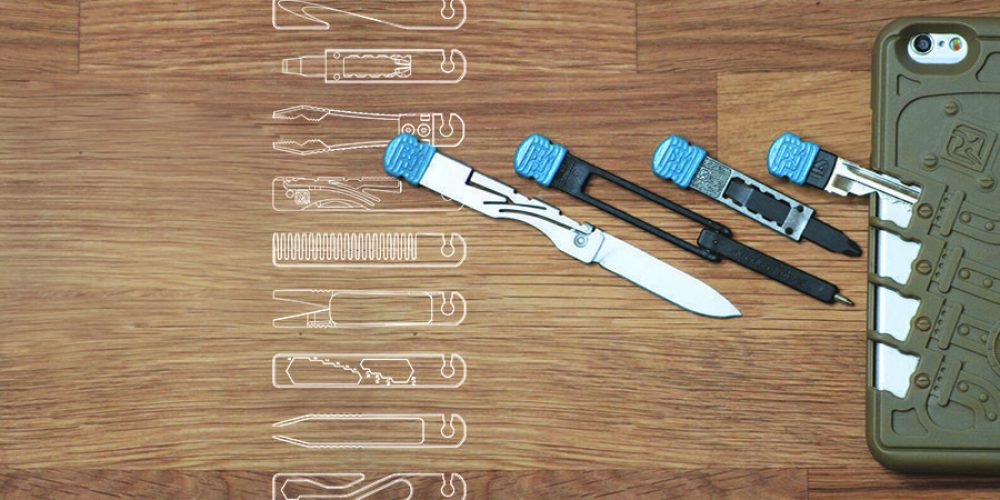 I usually come back from SHOT Show with a list of guns I want to buy, but this year was different. This year I found a NEW favorite thing, and it’s NOT a gun! Believe it or not – it’s a phone case. But it’s not the case itself that makes me so excited. It’s what the case holds that makes me happy. This phone case holds … tools! 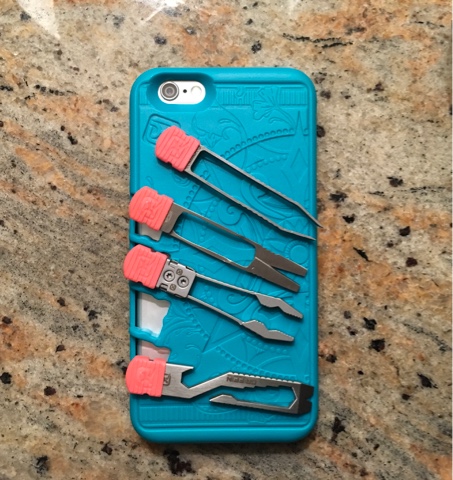 This set-up is from Klecker Knives and Tools – and they’re called Stowaway Tools. I have Katelyn Kinsey and Amanda DeDona from Klecker to thank for this discovery, as I would usually not stop by a knife booth. I just don’t “know” knives, and I tend to stick with what I know. But I was introduced to these ladies and their product by Janette Palmer at the Ladies of the Industry Meet and Greet. Networking for the win!

Klecker makes a wide variety of mini tools to fit into a folding keybar case, or on a carabiner. I’ve had pocket multitools before, but it’s the phone option which makes this all so revolutionary for me.

I haven’t carried a purse for years. I have a little zipper wallet which goes in my front pocket, and my phone is in a case on my belt. Keys are on a carabiner on a belt loop and tucked into a pocket. I’m pretty low maintenance, so that’s why this particular product is so exciting for me.

These tools (up to four at a time) take up no more room than my traditional phone case already does, and my phone never leaves my body while I am awake, so I am more prepared for emergencies now without any extra hassle.

Now, when I talk about “emergencies,” I’m not talking about a knife fight (although a penknife IS one of the options). I’m talking about a combination screwdriver, wrench, pry tool, and bottle opener – called the Griffin Stowaway Tool – for when your picnic (or hotel room) includes loose screws and beer bottles. I’m talking about mini-pliers for when you just can’t pull that durn thing out of there with your finger tips. 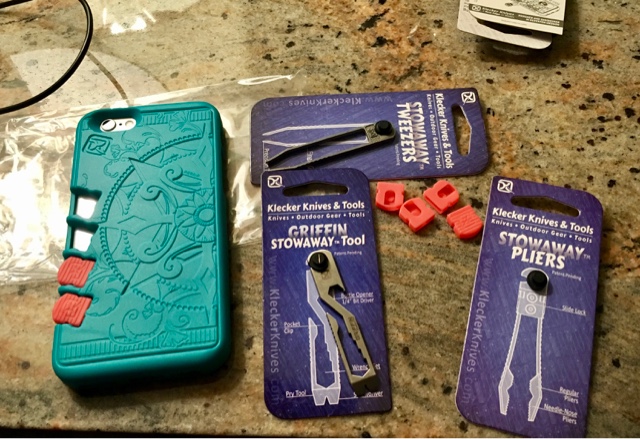 I’m talking about scissors for when that neck tag in your new shirt is driving you absolutely batty at the office. And the piece de resistance: real tweezers! I’m telling you, Leatherman tweezers are wholly inadequate for use by a middle-age female. I’ve tried them and they stink. But THESE —- THESE are real, beveled, functional tweezers! 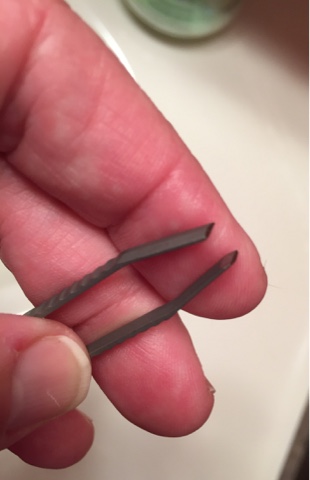 I don’t know about you, but I hate finding that stray chin hair in the car visor mirror that was invisible in the bathroom. Same thing with the gray eyebrow hairs that only seem to show up in broad daylight and not while I’m at the vanity. That makes these tweezers my new best friend – I’m not kidding. And they are always on my hip, not buried somewhere in a 20 pound purse! Of course the gentlemen could use them for splinters and such, but I know what MY priorities are! :-)

You aren’t limited to the tool options I chose, either. There are fifteen different choices to accommodate your particular needs, including key blanks. https://stowawaytools.com/ For instance, I really didn’t think I needed a knife if I had scissors. So without the small folding blade, my phone breezed through TSA at the airport in Vegas without a second look. I’m one of those people who forget to take a penknife off of a keychain in a travel bag, and bye bye, there it goes. With this, you can still have other tools without a knife, instead of it being a mandatory package deal, and then you don’t have to worry about forgetting that you have a blade and getting in trouble. For me, that was fantastic!!

The phone case comes with a plastic backer to stick on your phone to protect it from getting scratched when you insert the tools. There are several colors to choose from, and there are several colors of tool caps to choose from as well. I went with contrasting colors just to keep life interesting. The case is currently only available for the iPhone 6, 6s, and 7 (not plus), but I imagine that they will probably expand those options if there is enough demand. 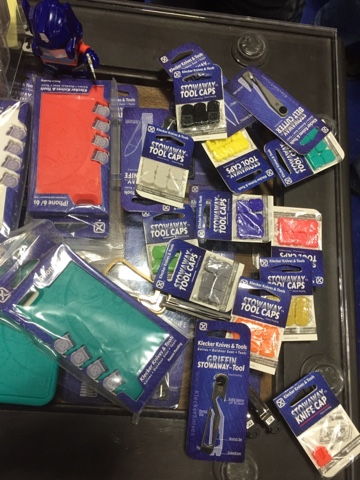 I’ve been using this set-up for about two weeks now and I LOVE it. I may even branch out into the key bar to simplify my keychain, too. Klecker gets my vote for most awesome new product of SHOT 2017!