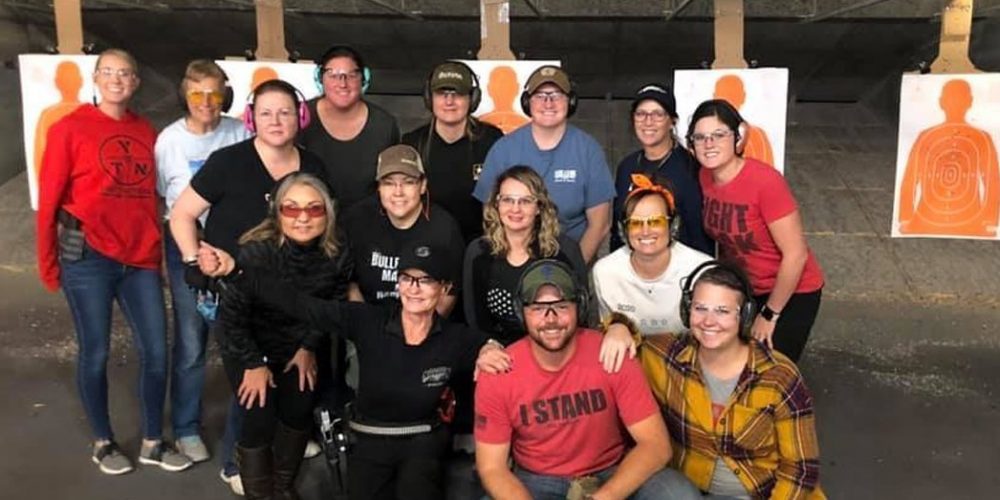 The Central Utah A Girl & A Gun chapter offered a wide variety of training opportunities throughout 2020. Facilitator Coni Brooks introduced members to different firearms platforms, shooting sports, safety skills, and life skills, and had a great time doing it!

They started training in January with a CPR/Stop the Bleed class presented by four chapter members who are nurses. For the next several months, they did a lot of outdoor pistol and shotgun shooting at the Brooks’ Flying X Ranch & Shooting Range up and until October.

In August, the chapter hosted a co-ed shooting event with 9 couples who shot pistols together. Then, chapter members picked up their shotguns for 2 separate events at Wasatch Wing & Clay to shoot Sporting Clays. In October the chapter had a clinic on defensive shooting skills by Mike Allen from Fillmore Academics.

One of their really extraordinary events was held Saturday December 5th that was a Murder Mystery Brunch called Homicide at the Tacky Sweater Shindig. Coni says, “Oh what a time we had! I realized we have some really awesome actresses in our chapter. Our chapter is fantastic and they are all willing to work hard at improving their shooting skills. They never cease to amaze me how much devotion and love they have for shooting and our chapter.”

Looking ahead into 2021, here are some of their upcoming clinics:

Go to the Central UT Chapter