Broadening the 2A Tent

By Tiffany Johnson.
I just wanted to thank you all for lending me your ears in the Conference presentation on Broadening the 2A Tent. I was so heartened to hear your great questions and receive your kind support. This is my first time at the AG & AG National Conference, and you’ve all made me feel right at home. I really appreciate it!

As promised, I’m sending out some information from our session. First, here are screenshots of the results of our live polls: 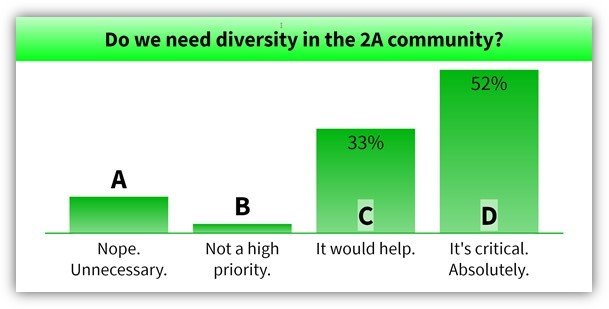 FYI, on that second poll, the “A” responses were 12% and the “B” responses were 3%. We had a total of 69 responses on the polls. (and again, I promise the were anonymous; I’m not collecting phone numbers, LOL).

Next, for those who were interested in the video I referenced (on the racist history of gun control), it’s from an episode on NRA TV. Here’s a link: 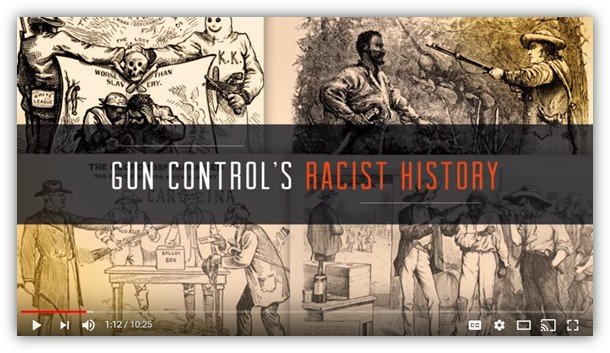 I also referenced the Dred Scott case, one of many precursors that would culminate with the Civil War. See Scott v. Sanford, 60 U.S. 19 (1856). In the historic opinion, Chief Justice Taney ruled that “A free negro of the African race, whose ancestors were brought to this country and sold as slaves, is not a ‘citizen’ within the meaning of the Constitution of the United States.” On page 417 of the opinion, Taney argues that surely black people could not be citizens, because if they were citizens, then they would have the right “to keep and carry arms wherever they went,” thereby “endangering the peace and safety of the State.” He concluded that the framers couldn’t possibly have wanted black people to have guns:

It is impossible, it would seem, to believe that the great men of the slaveholding States, who took so large a share in framing the Constitution of the United States and exercised so much influence in procuring its adoption, could have been so forgetful or regardless of their own safety and the safety of those who trusted and confided in them.

You can read the full opinion here: https://supreme.justia.com/cases/federal/us/60/393/case.html. Scott v. Sanford remained the law of the land until the 13th and 14th Amendments were adopted after the Civil War.

The more recent Supreme Court ruling I mentioned was Whole Woman’s Health v. Hellerstedt, 136 S.Ct. 2292 (2016). That’s an abortion case where the Supreme Court invalidated Texas regulations that were aimed at indirectly shutting down abortion clinics (or so the clinics argued). Arguments in favor of the strict regulations often anecdotally cited one abortion doctor who committed horrible abuses. In rejecting that argument, the Hellerstedt opinion gives us this supremely quotable little gem:

[That one doctor’s] behavior was terribly wrong. But there is no reason to believe that an extra layer of regulation would have affected that behavior. Determined wrongdoers, already ignoring existing statutes and safety measures, are unlikely to be convinced to adopt safe practices by a new overlay of regulations.

This pearl of wisdom was written by Justice Breyer (yes, anti-gun Breyer). I would argue this ruling – and the reasoning behind it – applies to gun regulations just as much as it does to abortion regulation. Regardless of what you think of abortion, the 2A community can use this case to our advantage. You can read that full opinion here: https://supreme.justia.com/cases/federal/us/579/15-274/.

Two of the people I mentioned were Otis McDonald and Rhonda Ezell. Both are lead plaintiffs in important legal cases that have helped fortify our 2A rights, and both are black. I also mentioned Vera Koo, a champion shooter and author. I only learned about Vera Koo from Annette Evans, another champion shooter, author, and good friend (and mentor) of mine who is also an AG & AG Conference Instructor (just goes to show, having friends of different races and backgrounds exposes you to all kinds of great information you might otherwise miss). If we want to appeal to non-traditional shooters, attract new supporters, dispel myths about gun culture, and diversify the gun community, I argue that we should be plastering these photos all over gun shop walls and blasting their little-known stories from the rooftops rather than letting them remain obscured in the background. 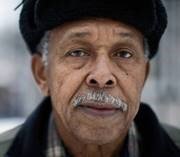 Pictured below:
Rhonda Ezell, plaintiff in Ezell v. Chicago (7th Circuit) and founder of Chicago Guns Matter (and you can “friend” her on Facebook, too!) 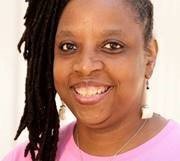 Pictured below:
Vera Koo, competitive shooter and author of The Most Unlikely Champion 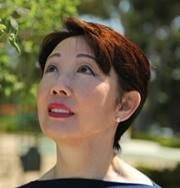 I would encourage you all to celebrate these folks and even reach out to them and others like them. Mr. McDonald passed away recently, but the others can all be contacted online. If you have a budget for speakers, please consider giving them and folks like them a platform. Reach out and forge partnerships so we can all work together and focus more on commonalities than differences. Other pioneers in the gun community with links to more info):

And the list goes on – there are several; I’m sure I’m probably forgetting a few biggies. Bottom line, all it takes is a few minutes on Google (or even Facebook) to open the floodgates. It all starts with an email or instant message. Please reach out and connect!

Oh, and yes, rapper Kendrick Lamar really did win the Pulitzer for his album, Damn.. 😊

I welcome any feedback you all have for me and for this mission of breathing new life and new perspectives into the 2A community. Please feel free to reach out any time. I look forward to training with you all soon.