Book Review: From Luby’s to Legislature: One Woman’s Fight Against Gun Control 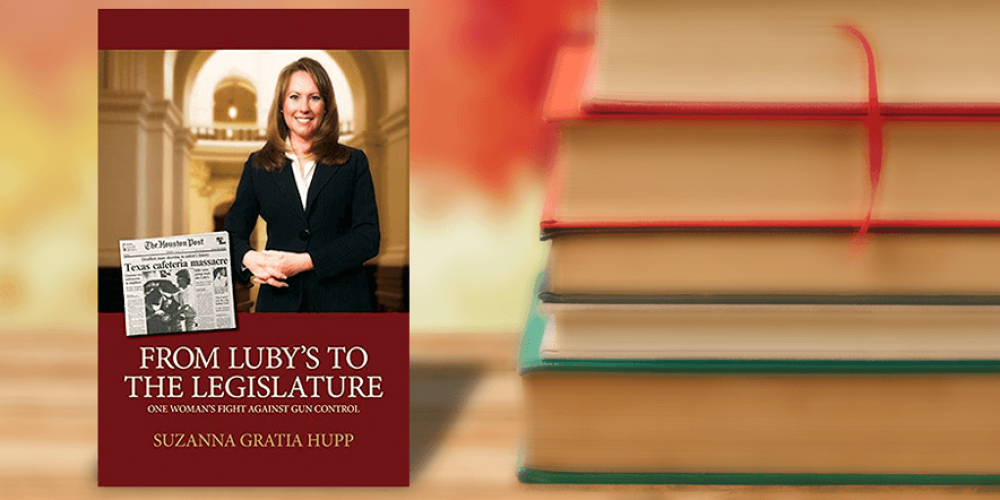 Although it is apparent that Suzanna Gratia Hupp is not a professional writer, her biographical account of the Luby’s Massacre in Killeen, Texas, on October 16, 1991, is a frank, down-to-earth narrative of the event, the rise of the Texas concealed handgun law, and her entry in legislature to protect our second amendment rights.

Hupp, then going by her maiden name of Gratia, recounts her story of the life changing day when she met her parents for lunch at the local Luby’s buffet. Because she was not legally allowed to carry her gun, she left it in her car and sat down for what she thought would be an uneventful family meal. A man crashed his truck through the front of the building and systematically began executing patrons of the restaurant. Without protection, 21 people were murdered, including Hupp’s parents. To make the situation even more tragic, a group of police officers was meeting across the street at a hotel, but the management asked them to also leave their weapons in their vehicles so as not to alarm guests. The extra time it took officers to enter the restaurant because they had to retrieve their firearms cost lives.

Hupp unwillingly became a media sensation in her support of second amendment rights. She was a significant part of the passing of the original Texas legislation allowing citizens to carry concealed handguns in 1996. She then went on to become a State Representative and continued to be a staunch supporter of our right to carry, not only in Texas, but across the nation.

After the recent Sutherland Springs, Texas, mass murder where the heroic citizens with rifles stopped the gunman from continuing his rampage, reading this was a timely historical reminder as to why so many Texans continue to prioritize our gun rights.