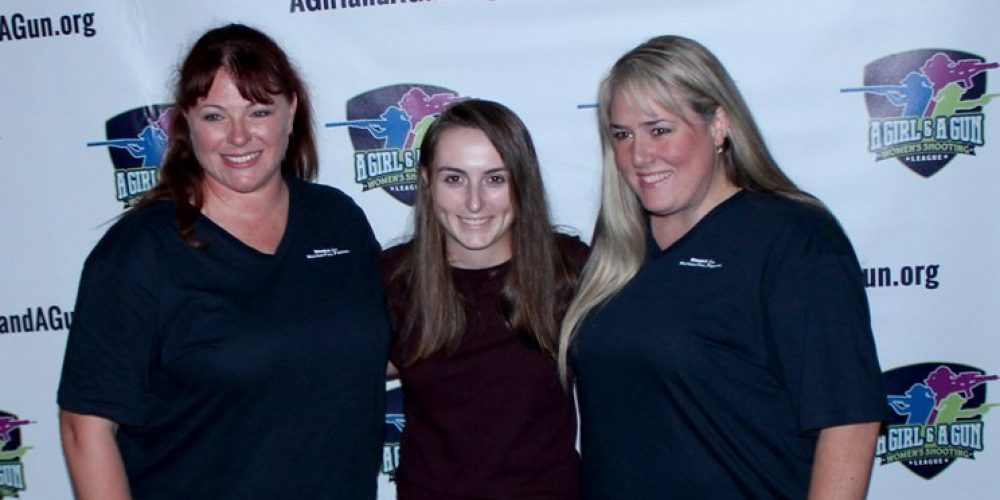 How does one become a “mom” at 18-years-old without any children? Ashley Rheuark can tell us.

Ashley began shooting when she was 10-years old. She now competes in IDPA, USPA, and 3-Gun, and has already won many championships including the 2013 & 2014 IDPA National Junior Champion, 2015 IDPA Lady World Champion and the 2015 3-Gun Nation Nationals Lady Champion. So when Julianna Crowder called her and asked her to teach some pistol classes during the two days of clinics before A Girl & A Gun Women’s Shooting League’s inaugural Brownells Multigun Fall Fest in October, Ashley was happy to oblige.

She had heard about A Girl & A Gun, and had heard about the upcoming Fall Fest. “I didn’t have plans to attend at the time until I was asked to teach!” But then Julianna also asked her if she wanted to be a “Squad Mom” helping to coach and guide new shooters. “I had to think about that. Would it affect my performance? I really had to consider it before I said yes because I had never been a Squad Mom and was just unsure.”

When asked if it was what she expected, she laughs. “No, didn’t know what to expect. I thought I would just keep track of the score cards and keep everyone in order. Then when they said only Squad Moms and RSO’s [Range Safety Officers] could coach, I thought, ‘Oh, yeah, I can coach, I can help new shooters.’ I figured I could definitely help with long range. I could tell them where they were hitting and how to adjust for it. Basically the Squad Mom helps work through the problems. It was a lot of fun, it was great to get to help so many women with their skills. That was my greatest skill to bring to the match. I like coaching.”

Ashley also learned a lesson herself. “Next time I wouldn’t lose the order,” she laughs. “I lost the master list on Friday after I left it on the last stage. It had been a very long day for everyone and I just forgot to take it with me. So that was really confusing to work through the next day. Next time I’ll be more prepared.”

But she was also very happy with the things that went well. “Our squad didn’t have any DQ’s. I would have hated for someone to DQ their first match. Everyone was safe, everyone helped re-set, I believe everyone in our squad finished the match. And everyone had fun. I’m really happy with how it went.”

Ashley also credits the successful event to the organizers and staff from A Girl and A Gun. “A big thank you to Julianna [Crowder],Robyn [Sandoval], and Nancy and Mike [Oberman] and all the staff. Everyone expected to shoot half days and it didn’t go like that. But they kept everyone informed. They just did a great job and I really want to thank them.”

Ashley’s follow-up advice to shooters is now to get out and practice. “Now that they’ve seen how a match goes, they should practice and get more familiar with their guns. Once they do that, they’ll see themselves go up and up in the rankings.”

When asked if she would serve as Squad Mom again, she doesn’t hesitate. “Absolutely. If I was asked, I would absolutely do it again,” she smiles.

Ashley is one of those ‘old souls’. She’s calm and quiet, sweet and inspiring. She didn’t try take over or “order” anyone around. She was just quietly there, stepping in when needed, giving words of praise and encouragement. You wouldn’t guess she is a teenager. Her approach was greatly appreciated by the competitors she coached.

Oh, and did participating as Squad Mom affect Ashley’s performance? Not at all, she won the Brownell’s Multigun Fall Festival! Congratulations Ashley!