AG & AG at the Happiest Place on Earth 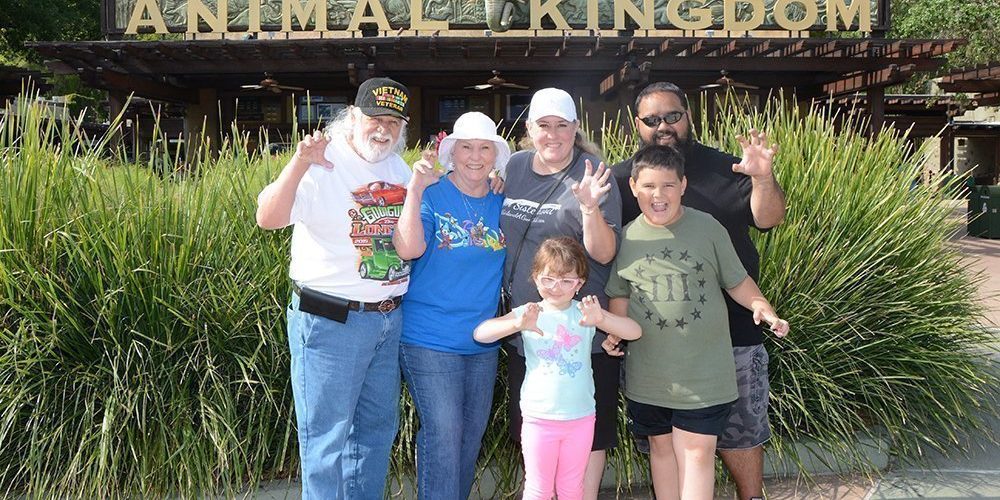 Last week I was at Disney World on a celebration trip! Exactly one year ago, my daughter was rushed into emergency surgery for a massive brain tumor and we almost lost her, so we were celebrating her 6th birthday in a big way! We danced with princesses, fought with pirates, and enjoyed fireworks and rides! Then I learned that Disney World was on high alert for a potential terrorist attack. I pulled my family aside and we had a mini-training session at the front gates of the Animal Kingdom.

I turned to my 9-year-old son and asked, “If I say, ‘get down!’ do you know what that means?” I assumed that he would know to hit the deck, but he began acting out Home Alone-style boobytrap ideas complete with tarantulas and paint cans. I reviewed with them what I remembered from our recent #TrainingTipTuesday discussion on Creating a Family Emergency Plan. We identified our action words, what they meant, and created a plan.

Next I turned to my mother and asked, “If there is an active shooter, where are we going?” We reviewed the difference between concealment and cover from our April Shooting Journal. I told her, “No, we can’t run into that store; bullets will go straight through those walls. We’re going back this way behind these rock walls.”

The entire conversation took about 5 minutes, and then we identified exit routes and cover on the path to DinoLand USA. I felt confident that we had a plan and we were all on the same page, and proud of my children and parents for knowing what to do in an emergency. I loved that my AG & AG resources armed me with knowledge when I was unable to carry my firearm. Plus, our family had come too far over the past year to let anyone harm us now, especially at the happiest place on Earth!

p.s. In this photo we’re growling like bears because we’re at Animal Kingdom. :)