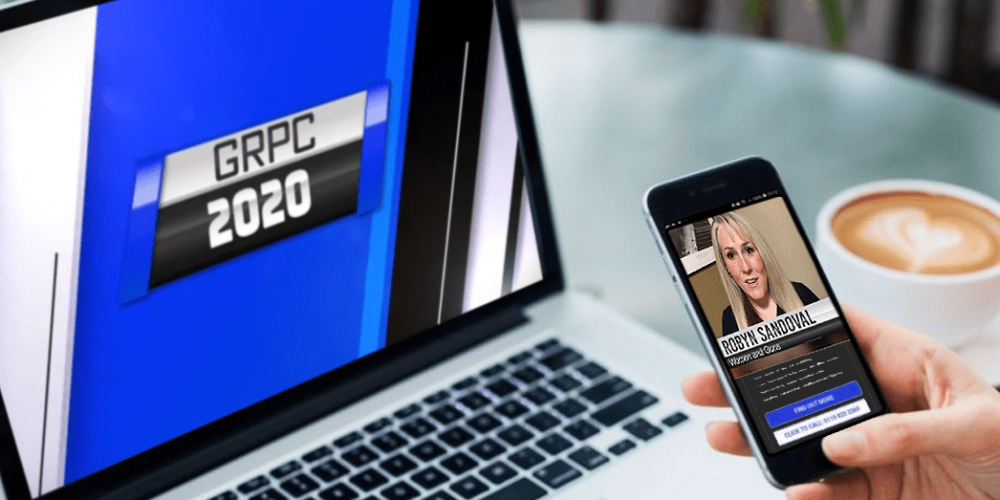 A Girl & A Gun Executive Director Robyn Sandoval spoke at the 35th Annual Gun Rights Policy Conference, which took place in a virtual format and reached an estimated 300,000 people. Sandoval was included in the list of professionals that the Second Amendment Foundation called the “Who’s Who” of gun rights leaders. She served on a panel addressing Women & Guns.

According to Alan Gottlieb, founder and executive vice president of the Second Amendment Foundation, the GRPC event “was the biggest gathering of gun rights activists in the world.” More than 4,100 people had pre-registered, shattering previous records. An estimated 300,000 people viewed it during the initial weekend broadcast, and more watched the recorded presentations afterwards on demand.

Sandoval’s speech transcript is below.

Hello. My name is Robyn Sandoval. I am honored to represent the female gun owner and to be a part of a strong community of women who are passionate about our ability to protect ourselves, our freedom to train, and our right to bear arms. I serve as the Executive Director of A Girl & A Gun Women’s Shooting League, which has more than 6,500 members across all 50 states and hosts training events at more than 200 ranges nationwide. I am a certified pistol instructor, range safety officer, and armorer. I am on the board of directors for the DC Project and I am the Managing Editor for Women & Guns magazine. I dedicate my life to teaching women how to protect themselves and their families. I am an active 2nd Amendment advocate and when I meet with members of Congress, I tell them that Moms that make demands to take our rights don’t speak for moms like me.

I didn’t always have this outlook. In fact, I was strongly anti-gun for most of my life. My paradigm was shattered by the aftermath of Hurricane Katrina, when I witnessed a modern American city become debilitated overnight. It was a wake-up call of how quickly a community can fall apart. First responders were unable to respond and families were left on their own. The moment that changed my life was when I saw a mother on the news hand her young children to a complete stranger getting on a bus out of New Orleans. The situation was so desperate at the Super Dome, with limited food and water and increasing violence and death. This mom told her children that she would try to find them in Houston in a few days. Oh, how my heart shattered for her! I could not imagine her despair.

And then I resolved that would never be me.

At first my plan was to have food and supplies, so my family could shelter in place together if there was a crisis like Katrina. My husband said, “If people are that desperate, someone is going to kick in our door and take our food and water that you’ve stored for our kids. How are we going to stop them?” After arguing for gun control for years, I suddenly had no argument.

From that moment of realization, I dedicated my life to learning the safe and proficient use of firearms and helping other families do the same.

So far this year alone, AG & AG instructors have hosted 2,000 training events, despite COVID that stifled many activities. I’ve welcomed more than 3,000 new women as members of A Girl & A Gun. Since January I have appeared in dozens of tv shows and podcasts. I have written 75 firearms-related articles and the book that I co-authored with my business partner Julianna Crowder and our Director of Training Tatiana Whitlock has sold hundreds of print copies and been downloaded thousands of times. This is just so far in 2020, and I am not slowing down. There is so much work to do as new gun owners are seeking training and upcoming elections threaten our rights.

As you know, this year has seen a surge of gun sales and the NSSF reports that 40% of sales were to first-time gun owners, and that 40% of the first-time gun buyers were women. At A Girl & A Gun we conducted a follow up survey to specifically focus on women’s reasons and interests. Results showed that 43% of women joined A Girl & A Gun to practice self-defense skills, and 92% were in the process of obtaining or already have acquired their concealed or open carry permits.

The survey verified that personal protection is the primary reason why women are seeking firearms training, and went further to list specific reasons, including civil unrest and the fear of bans after upcoming elections. Many women never considered formal firearms training as an option before learning about opportunities with A Girl & A Gun.

While all of women who answered the survey were new to firearms training, the data showed that most were completely new to guns themselves. More than half (52%) did not grow up with firearms in the home. A third had firearms in the home but had never learned to shoot shoot. Until Now.

The A Girl & A Gun community is doing it right. We have been living our mission for nearly ten years knowing that hearts and minds are not changed at the range; they are changed at the dinner table. Through our events, we are successful at bringing in thousands of women into the shooting industry. We create educated consumers and long-term participants in defensive training and competitive shooting sports. We offer a fun and enthusiastic atmosphere for women to learn about guns and continue to grow their marksmanship skills. We have fully embraced virtual training, and have the knowledge and resources to reach women wherever they are to give them the training and community they are seeking. Most importantly, we safeguard our lifestyle of gun ownership, preparedness, and safety, where we proudly exercise our constitutional rights and preserve them for our children.