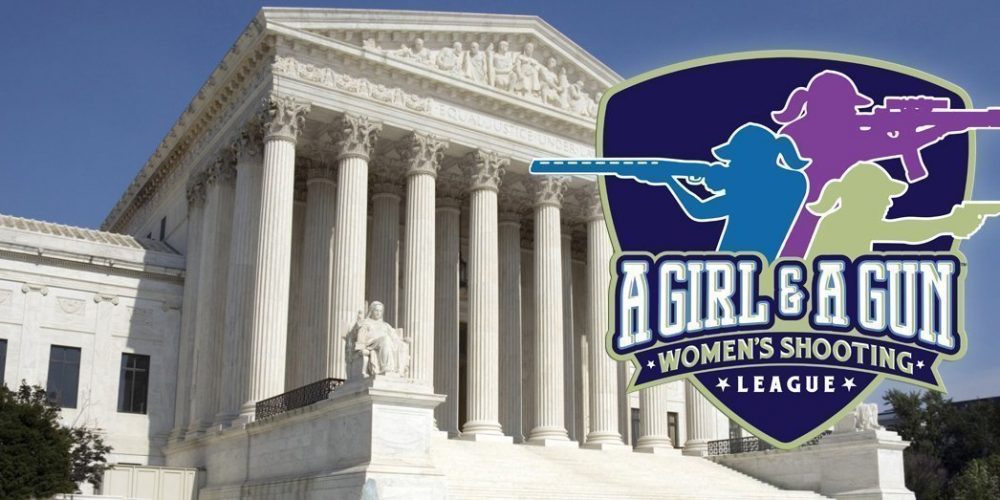 For the first time in several years, the United States Supreme Court will hear a major gun control case. On Monday the Court granted a writ of certiorari to New York State Rifle and Pistol Association v. Keith Corlett, over whether Corlett’s Second Amendment right was violated when New York denied his applications for a concealed carry license because the applicant did not show an “actual and articulable” need to carry.

An amicus curiae is Latin for “friend of the court” and is a common feature in appellate state and federal appellate courts especially in the U.S. Supreme Court. The brief allows A Girl & A Gun to express its views directly to the Supreme Court, since the resolution of this case could affect how its members exercise their rights to keep and bear arms.

“The right to self-defense is a fundamental right,” says Robyn Sandoval, Executive Director of A Girl & A Gun. “The gun is ‘the great equalizer’ that allows a woman to defend herself and her family against a much larger and stronger threat. Americans should not have to seek arbitrary consent to exercise their Constitutional rights. The bureaucratic delays and denials put families’ lives at risk.”

New York is among eight states that limit who has the right to carry a firearm in public. The others are California, Delaware, Hawaii, Maryland, Massachusetts, New Jersey, and Rhode Island.

Sandoval was also quoted in a second amicus brief submitted by the Independent Women’s Law Center. This brief argues that “the Second Amendment secures a personal right to carry a firearm outside the home for purposes of self-defense. This right is especially important for individuals for whom a firearm is the great equalizer: women.”

The DC Project, Operation Blazing Sword, and Jews for the Preservation of Firearms Ownership, as well as 25 U.S. Senators, 26 States Attorneys General, and several other interested parties, have also submitted briefs for this case.