4 Components of a Cartridge 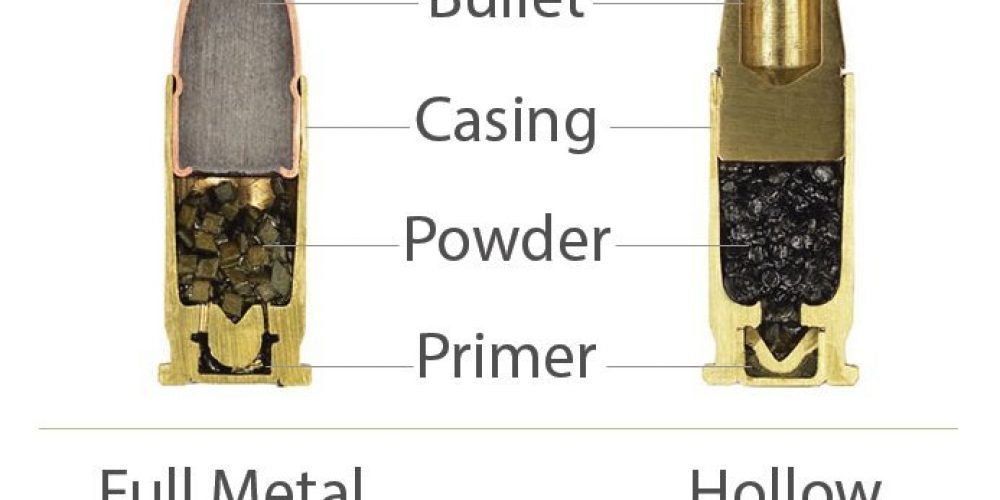 There are several different words used to describe ammunition: bullets, shells, projectiles, rounds, shot, slugs, cartridges, munitions, etc.  In reality anything can be used as ammunition, whether it be a stone you are throwing or words you are using in an argument. In the world of firearms it is most commonly referred to in the informal context as “ammo.”  Many people call them bullets, which to some is like nails on a chalkboard because the correct term for firearms ammunition is “cartridge.” Here is a quick reference for you:

The 4 components of an ammo cartridge are the case, primer, powder, and bullet.

Casing: The container that holds all the components together. The case can be made of brass, steel, or copper for pistols and rifles. Shotgun “shells” are a plastic case, with the base covered in a thin brass covering.

Primer: The primer is an explosive chemical compound that ignites the gunpowder when struck by a firing pin. Primer may be placed either in the rim of the case (rimfire) or in the center of the base of the case (centerfire).

Powder: The gunpowder is an explosive consisting of a powdered mixture of saltpeter, sulfur, and charcoal.

Bullet: The projectile typically made of metal containing lead, cylindrical and pointed, that is expelled from the barrel. 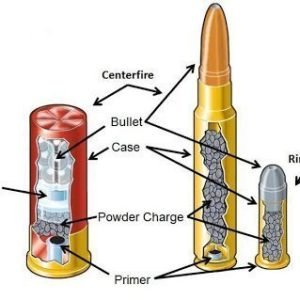