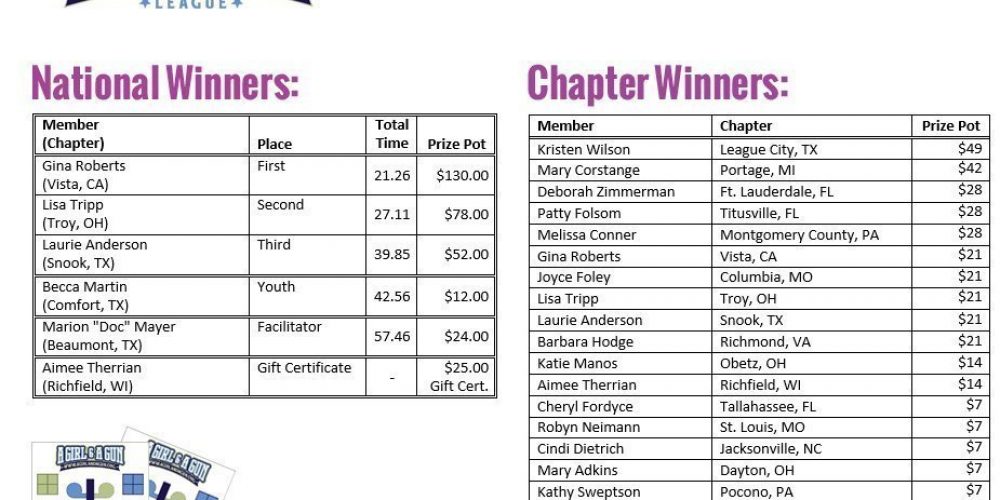 AUSTIN, TX — A Girl & A Gun (AG & AG) Women’s Shooting League proudly announces the winners of the 2nd Quarter 2017 League Match. This quarter’s course of fire included 18 rounds total at an AG & AG Match Target #2. This was a Limited Vickers match with no more than 6 rounds per string. Shooters began at a low ready with finger outside of the trigger guard using backup guns (BUG pistols) with no scopes or laser sights. Shots were fired in this order:

Registrations included 55 shooters from 10 states. The Chapter winners include: